Skip to main content
Toggle navigation
Home News Why I asked the International Medical Corps Country Director to terminate Dr. Edmund Nabena’s employment and send him out of South Sudan
BY DR. THUOU LOI - 2 May 2021

Why I asked the International Medical Corps Country Director to terminate Dr. Edmund Nabena’s employment and send him out of South Sudan 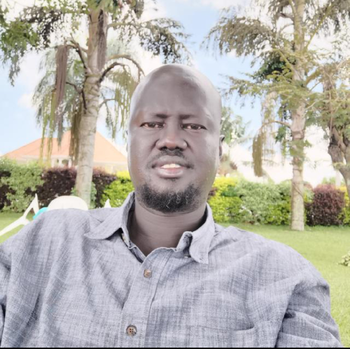 On 27th December 2020, South Sudan lost some of its competent and influential sons to COVID- 19 at Dr. John Garang Infectious Diseases Unit (IDU) in Juba. That day I had to cancel a birthday dinner which was organized for me by my wife as 27th December is my birthday.

Since the outbreak of COVID-19 in April 2020 in South Sudan, part of the current Dr. John Garang Infectious Diseases Unit (IDU) was converted into an isolation unit for COVID-19 patients who needed care at the health facility level. The unit is being supported by the World Health Organization (WHO) and the International Medical Corps (IMC).

Dr. Edmund Nabena is a Nigerian national, reported to be a medical doctor who specialized in Emergency Medicine, according to the IMC office records about him. I am saying according to IMC records about him, not sarcastically, but genuinely as I did not have a chance to see his documents personally.

Dr. Edmund was recruited and deployed to the IDU where he was supposed to be taking care of COVID-19 patients in his capacity as an emergency specialist, something that I did not see at all during the days and evenings when I visited the IDU between 23rd and 27th December 2020.

During the days and evenings that I spent at the IDU, I came to the conclusion that Dr. Edmund Nabena, who was reported to be an emergency specialist, is either not a competent doctor at all or was afraid of being infected by those COVID-19 patients he was employed and being paid to treat by the IMC.

Having witnessed Dr. Edmund Nabena’s actions at the IDU, I wanted to adhere to the principles of confidentiality by not making this public, but rather dealing with it within a very limited circle, for his sake as a colleague in the medical fraternity regardless of his misconduct. I am compelled to make the information public now, as both the IMC and Aljazeera News Agency misinformed the public and indeed the whole world through an article published on the Aljazeera website about the Ministry of Health.

As mentioned above, I had continuously visited the IDU during a period spanning four days and evenings between 23rd and 27th December 2020, in connection with a particular patient. During those days, I witnessed Dr. Edmund acting like a visitor by coming to the IDU wearing a cap, t-shirt, jeans and sport shoes. Dr. Edmund would arrive like someone going to a pub or nightclub. While his juniors were struggling with critically ill patients inside the red zone, Dr. Edmund would be outside the red zone asking his junior about those patients through a window, while he was the senior person employed by the IMC as “Emergency Specialist”. I witnessed this scenario for the days and evenings that I spent there at the IDU. Not even once did Dr. Edmund go in to check on those patients as “Emergency Specialist” during those days and evenings that I spent at the IDU. God and Dr. Margaret Lino (a South Sudanese General Surgeon who is now in Egypt), plus other staff of IMC who are based at the IDU at that time, are my witnesses on what I have said about Dr. Edmund. Dr. Margaret came as a co-patient with her relative during one of those evenings. Her relative was one of those who passed on, on 27th December 2020.

Having witnessed Dr. Edmund Nabena who was employed to be a visitor and, not an emergency specialist as per his then given title, I called for an urgent meeting with IMC Country Director in my capacity as the Director General of International Health and Coordination at the Ministry of Health. As I wanted to contain Dr. Nabena’s unethical behavior within a very limited circle, I asked only six people in total to attend the aforementioned meeting. I told the IMC County Director to attend the meeting along with Dr. Edmund Nabena and a South Sudanese doctor named Machiek, who is the Medical Coordinator for the IMC. I came to the meeting with Dr. Jonathan John Dor (my staff in the Directorate of International Health and Coordination) and Dr. Margaret Lino who was an eye witness for what I saw.

I chaired that particular meeting and started the meeting by underscoring our partnership with the IMC and all health partners supporting the health sector in South Sudan. I emphasized the fact that the Ministry of Health would continue to work with all health partners in South Sudan to build a resilient health sector. I went ahead to warn all the attendees to adhere to the principle of confidentiality by not sharing what I was about to tell them regarding Dr. Edmund Nabena.

We departed and I did not talk to any person, including my immediate boss, Prof. Mayen Machut about this.

Four days later, I received a call from an official from the RRC (Relief and Rehabilitation Commission) asking me for a meeting regarding Dr. Edmund Nabena’s removal from the IDU. I was annoyed to the maximum and immediately called the IMC Country Director to ensure that Dr. Edmund Nabena left the country as instructed in that meeting. He left the country accordingly.

That is Dr. Edmund Nabena who was employed as an emergency specialist at the IDU. I am proud that I made the decision to send Dr. Edmund Nabena out of the IDU where he was a visitor and not someone living up to his official title then. If that is what Aljazeera has reported as aid workers being threatened by government officials, then I Dr. Loi will continue to be a member of the club of those government officials and I will continue to work to ensure that people of South Sudan are not taken for a ride by the likes of Dr. Edmund Nabena.