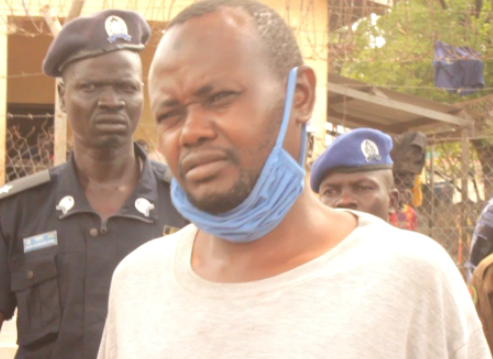 The High Court in Aweil sentenced Abu Sam to death by hanging after he was founded guilty of defiling and killing 6-year-old Abuk Lual Laul.

The appellate court acquitted Omer Mohamed, an associate of Abu Sam, of trying to conceal the latter’s crimes.

The Aweil-based Sudanese traders were arrested on 5 May in the Ayuang residential area in Aweil following public demonstrations after the gruesome murder of the minor.

Addressing the media after the court verdict on Friday, the Northern Bahr el Ghazal State police spokesperson, Captain Guet Guet, said the Court of Appeal upheld the verdict by the Aweil High Court.

“For the public which has been asking about or following the case of Abuk Lual Lual’s defilement, murder, and the dumping of her body in a pit latrine by Saber, the case was appealed in the Wau Court of Appeal which upheld the verdict of the Aweil High Court,” he said. “Saber has been confirmed to be guilty and the court has approved the decision of the High Court of Aweil by hanging him to death.”

“The second accused, Omer, has been acquitted by the high court in Wau and now the file will be sent to Juba,” Capt. Guet added.

Abu Sam was transferred to Wau Central Prison in May.