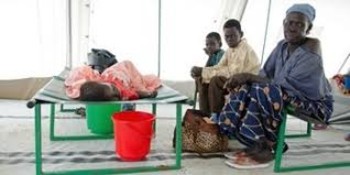 Cases of watery diarrhoea among children have been recorded by health authorities in South Sudan’s Lol State, a government official said.

State Minister of Health Mohammedain Abakar told Radio Tamazuj on Wednesday that as of last week, a total of 18 cases of watery diarrhea have been reported among young children in Mangayat and Dileba areas, located a few kilometers away from Raja town.

Dr Mohamedain said that preliminary investigation suggested that the source of these watery diarrhoea cases was poor hygiene.

He said the state health ministry and health partners have taken steps to control the cases.” 11 children have already been discharged from hospital in Raja and the other cases are being treated,” Mohamedain said.

According to the health minister, a medical team had been dispatched to the two areas to investigate the cause of these watery diarrhoea cases. “The team will find out whether water sources there are good or contaminated,” he said.

The government official confirmed that the health situation is “totally under control” and there are no worries of cholera.