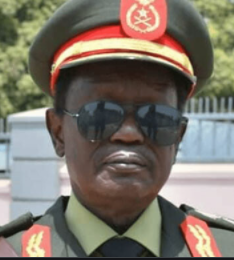 Some of the former SPLM party parliamentarians in the Warrap State legislative assembly who were elected during the 2010 general elections have accused Governor Aleu Ayieny of omitting their names from the list of appointees to the newly reconstituted state assembly.

Some of the affected former parliamentarians who spoke to Radio Tamazuj over the weekend blamed the error on the state governor, Gen. Aleu Ayieny, who also doubles as the SPLM chairperson in the state.

James Machock, who in 2010 was elected to represent constituency number 19 comprising of Awul and Manloor, said he was surprised after he did not hear his name on the new list read over the state broadcaster on Wednesday.

“My name is James Machock, I represent geographical constituency number 19 within Warrap State, Awul, and Manloor,” former MP Machok said. “We were surprised yesterday (Wednesday) when our state assembly was reconstituted and we found out that our names were replaced by other new members who were not elected like us. I feel this was an illegal act by the governor.”

He said the peace agreement is very clear on what is to be done regarding the reconstitution of the new states which implied that all the elected members of parliament in the state and national parliaments were supposed to be automatically reappointed.

Machock accused Governor Aleu of having problems with and targeting certain individuals politically.

“The governor has problems with individuals and particularly the people that he has replaced. He thought it was an opportunity for him to hit these people politically,” Machok charged. “He was even been saying this before he submitted his list for the reappointment of the members wherever he talks that he is going to hit his opponents. Our position is very clear, we are saying this is not a correct thing although he has done it, it is a mistake and we are asking our leadership in Juba, starting with our party chairman to revoke this decision that the governor has made against his political opponents.”

He said their exclusion by the governor is a slap in the face of democracy.

Another former state lawmaker, Mayar Deng Mayar, who represented constituency number 10 of Alek North said the numbers in the house were increased to ensure the accommodation of those elected in 2010.

He added that Governor Aleu was who was in charge of the list of state parliamentary appointees excluded the legislators who were democratically elected in 2010.

Reacting on the matter, Governor Aleu Ayieny admitted that mistakes might have been made but that the selection was done by the SPLM party organs. He asked the affected former legislators to direct their complaints to the party office.

“We have processes and sometimes mistakes happen, we are following this up,” Governor Aleu said. “I think this is not a big deal, there were original ones (parliamentarians) who were elected and when Warrap State was divided into two states, they were affected, but I think those original ones, most of them are there.”

He added that the nomination process was not an election and that he had nothing to do with selecting and appointing the legislators to the reconstituted state assembly.

“This is not an election, it is the party that selected. It was also after so many processes and I am not responsible for this,” Gen. Aleu absolved himself. “Let them complain yes, complain to the people who were in charge of this process.”

Riing Deng Ading, Warrap State’s information minister confirmed the firing of the duo and said that the political changes are normal and the governor’s prerogative.

"This is the normal routine that anyone in authority can just do. Nothing bad was done by Governor Aleu, he has seen incompetency and a vacuum so he has to fill it,” Minster Deng said. "So, the minister of trade and industry, Joong Anthony was relieved and replaced with Amiir Amet Kuol as an implementation of 35 percent women affirmative action, and Ayom Bul, the commissioner of Gogrial East was relieved too and replaced by Maluach Lueth.”

Joong welcomed his sacking and said he will be ready anytime the nation needs him back and said he was on his way to the University of Bahr el Ghazal in Wau where he is a lecturer.

Former Gogrial East County commissioner, Ayom Bul, said the plans he laid down will not flourish in his absence.

“I know they will miss my strategic plans like the communication network was a done deal and would have been installed immediately when the water dried up,” Bul said. “The road would have also been constructed from Wau to Lietnhom next January.”