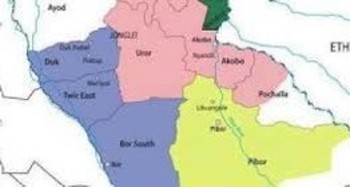 James Gai Gatluak, Waat County Commissioner in South Sudan’s Bieh State on Friday announced his defection to the SPLM-IO movement in the area.

The breakaway government official revealed that he didn’t like the current leadership, saying the government turned the army into militias.

"This is the reason of my defection to the opposition and I am now in Lankien,” Gatluak said.