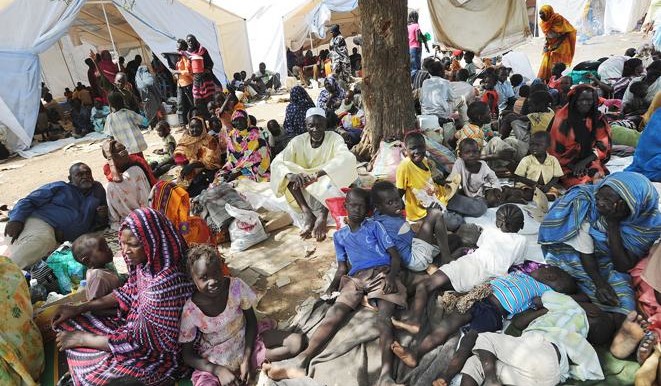 The health services in the Yida camp in South Sudan are insufficient to help the new Sudanese refugees. They are fleeing the war in the Nuba Mountains in Sudan. The camp near the Sudanese border is receiving 700 refugees per day according to Joseph Konda Kody, the health coordinator of the camp. He tells Radio Tamazuj that the health facilities can only help 200 of these refugees.

Joseph Konda Kody explains that the camp currently holds two health centers to treat the refugees in the overcrowded camps. The number of refugees in the camp has reached 55 thousand and is on the rise. In addition there are severe shortages in medical personnel. He warns that cases of malaria and flu will increase with the onset of the rainy season. If the organizations present in the Yida camp do not establish new health units soon a disaster is bound to happen, he stated. According to the UN Refugee Agency (UNHCR) only in June already over 11,000 new refugees arrived in Yida, hosting over 53,000 people.

Meanwhile the number of refugees in Doro camp in South Sudan, set up for refugees escaping violence in the Blue Nile region has gone up to just over 42,000 refugees according to the latest update by the UN Refugee Agency (UNHCR). Rainfalls and widespread disease have lead to an increase in the number of refugees in the camp. Sila Musa, supervisor of Doro camp, expresses his concerns about the current situation to Radio Tamazuj. The new arrivals of refugees, mainly from Kurmuk and Bao in southern Blue Nile, are being accommodated in Jammam Camp, or in the new camp of Yusuf Batil in Maban County in South Sudan. Many also remain en route. The number of new arrivals in this camp has grown from 10,000 to 18,000 in less than four days, according to UNHCR.