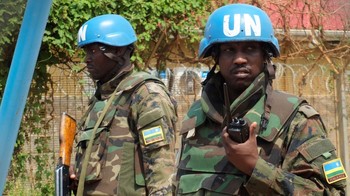 The first battalions of the regional protection force (RPF) of the UN Mission in South Sudan (UNMISS) are expected to arrive in the country soon, the government spokesman said Friday.

In August 2016, the UN Security Council following request by the Intergovernmental Authority on Development (IGAD) approved the deployment of 4,000-strong RPF force to secure South Sudan’s capital Juba in the outbreak of war in July 2017.

South Sudan’s government agreed after first rejecting the regional protection force as a breach of the country’s national sovereignty.

The 4,000 peacekeepers of the RPF will be based in the capital Juba to bolster the UN mission's capacity to provide protection to civilians.