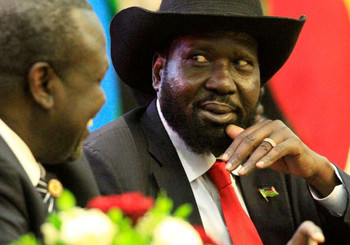 There are no political prisoners in detention facilities in South Sudan, the office of the president announced on Monday.

Ateny said the government has completed the release of all political detainees it had promised to free. He further said they are not holding more people they consider political prisoners. “We don’t have political detainees. The army has been directed to release the prisoners of war,” he said.

South Sudan President Salva Kiir is under fresh pressure from the opposition to release all the political detainees in line with the peace deal which was signed on 12 September. Last week, Kiir directed the army leadership to release all prisoners of war and detainees.

The SPLM-IO group says the immediate release of all prisoners of war and political detainees will create a conducive environment for confidence-building among the peace partners.

“We don’t know the whereabouts of Dong Samuel and the rest. They are not in the detention facilities of South Sudan. The case of James Gatdet and Peter Biar will be handled by the court,” Ateny said.

Ateny, who is also the presidential press secretary, said the state of emergency declared in the country will not affect the implementation of the new peace deal.

The official explained that the state of emergency seeks to improve the security situation in the country, adding that the army was given powers to collect firearms from civilians to bring insecurity under control in parts of South Sudan.