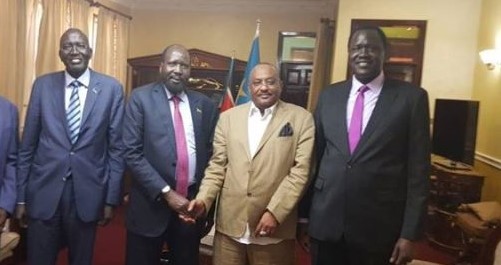 The US government Tuesday imposed sanctions on a company owned by Sudanese businessman Ashraf Seed Ahmed Al-Cardinal for its support to persons previously designated for their own corrupt behaviour.

“He and his companies act as intermediaries for depositing and holding large amounts of funds for senior-level South Sudanese officials outside of South Sudan in an attempt to avoid sanctions,” said the US Department of the Treasury’s Office of Foreign Assets Control (OFAC).

The Treasury Department further said Al-Cardinal himself was part of a sanctions evasion scheme in which a senior South Sudanese official used a bank account in the name of one of Al-Cardinal’s companies to store his personal funds in an attempt to avoid the effects of US sanctions.

“We will continue to use our authorities to prevent such illicit funds from moving freely through the international financial system,” Muzinich further said.

Nabah Ltd, which is registered in the United Kingdom, is one of the companies owned or controlled by Al-Cardinal.