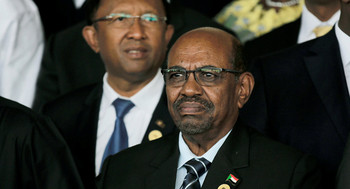 Addressing a crowd of citizens in the town of Kosti in Sudan’s White Nile State on Thursday, President Omar al-Bashir said that the Juba government was still supporting and harbouring the Sudanese rebels.

He said Sudan would still host South Sudanese refugees who are fleeing from their country due the ongoing civil war.

The South Sudanese army has recently accused Khartoum of military build-up along the common border.