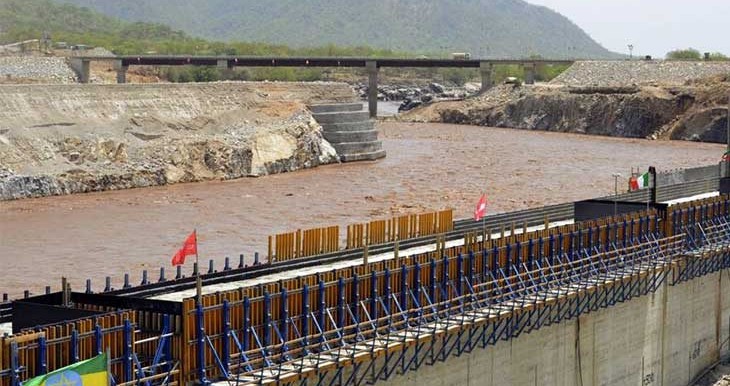 Sudan has expressed its reservation over participation in a meeting on the Grand Ethiopian Renaissance Dam (GERD) that was convened on Monday evening, the country's Irrigation and Water Resources Ministry said Monday.

"Based on the outcome of the tripartite ministerial meeting held on Sunday, Sudan requested the convening of a bilateral meeting with the African Union experts and observers the same day," the ministry said in a statement.

"Instead of a response to the request, Sudan received an invitation to resume the direct tripartite negotiations, which prompted it to announce reservation over participation,” the ministry added.

The ministry underscored Sudan's adherence to the negotiation process under the African Union, pursuant to the principle of "African solutions for African issues".

It also reasserted Sudan’s position about the necessity of giving a bigger role to the AU's experts to facilitate negotiations and reconcile divergent viewpoints.

After a one-month impasse, the three held a meeting on Sunday, agreeing to resume the talks under the patronage of the AU for one week, and to hold a follow-up meeting next Sunday, which will be attended by the three countries' irrigation and foreign ministers to review the outcome of the week-long round of talks.

After Sudan's decision, Monday's meeting was called off by Egypt, Ethiopia and the AU observers, according to a statement issued by the Egyptian irrigation ministry, which said that "the negotiations require the participation of the three parties to reach a legally-binding agreement on the rules of filling and operating the GERD."

This is the second time Sudan has skipped AU-mediated meetings. In November, Sudan decided to not take part in a tripartite ministerial meeting that was scheduled to discuss guidelines for further negotiations, saying that the way previous talks were held proved to be "unproductive."

Egypt and Sudan have been in talks with Ethiopia for a decade to reach a legally binding agreement on the filling and operating of the near-complete $4.8 billion mega dam.

The dam has been a source of contention between the three countries since its construction began in 2011.

Cairo fears the project will significantly cut its crucial water supplies from the River Nile, while Sudan has concerns over how the reservoir will be managed. Ethiopia says the massive project, which it hopes will make it Africa’s largest power exporter, is key to its development efforts.