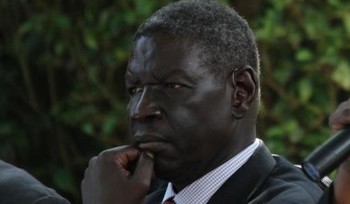 In a press release seen by Radio Tamazuj on Sunday, Deputy Chairman of the SPLM-IO group Henry Dilah Odwar said they disagree with the procedures proposed in the draft for the permanent constitution-making.

"The SPLM/A (IO) maintains that permanent constitution-making is a popular exercise in which the people of South Sudan must exercise their right to deliberate on matters of governing their country," he said.

Odwar, who is the head of the SPLM-IO negotiating team, demanded that the organization of the National Constitutional Conference should be handled as a people-driven process that reflects the aspirations and the will of the people of South Sudan, rather than be a government-driven process.