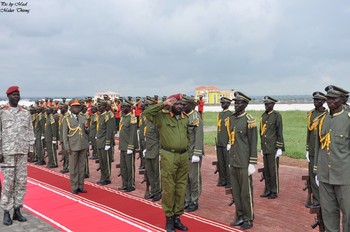 He pointed out that the new changes will be amended through the national constitutional amendment committee. “The name will be officially changed when the constitutional processes are completed,” he said.

Santo pointed out that the SPLA leadership also resolved to restructure the army and adopt proper strategic plans for logistic and promotions.

The commander of the SPLA ground forces, Gen. Marial Chanuong, said that the decision to change the name was part of the effort to transform the army as stipulated in the peace agreement and the SPLA white paper.

“The current restructuring are very important step in transformation of the SPLA. They represent bold and strategically justifiable efforts of the command for years to balance the competing demands of a changing security environment, military modernization and domestic politics,” he explained.