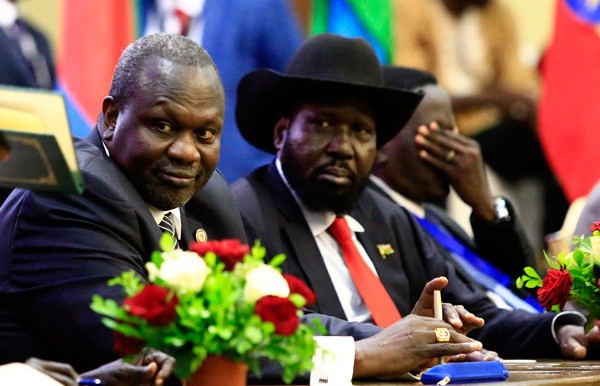 “The first agenda is the issue of the states because we still have differences on the number and boundaries of the states,” Manawa Peter Gatkuoth, deputy spokesman of the SPLM-IO movement, told Radio Tamazuj.

The opposition official pointed out that talks will continue until 27 August to tackle the remaining issues.” If we agree on the outstanding issues, the parties will initial the agreement on power sharing, security arrangements and the Khartoum declaration,” he said.

For his part, Government Information Minister Michael Makuei confirmed that the warring parties resumed talks to resolve the pending issues.