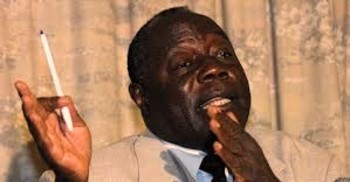 South Sudan’s national dialogue facilitated by a steering committee appointed by President Salva Kiir could be concluded in June this year, a co-chair of the dialogue committee announced.

In December 2016, Kiir launched the national dialogue initiative that seeks to reconcile and unite the East African nation torn apart by more than four years of civil war.

Co-chair Angelo Beda told Radio Tamazuj in an interview on Thursday that the national dialogue steering committee has decided to end the dialogue process in June.

The elderly politician further said regional conferences of the national dialogue process will organized in the next two months, saying representatives to be drawn from the defunct 10 states will be brought to the capital.

“The regional conferences in Juba are expected to be held in April or May because now we are in the rainy season,” Beda said.

He pointed out that the decision taken by the opposition to boycott the national dialogue process is one of the biggest challenges faced by his committee.

“The challenge is that we have not met the opposition officially. We tried to meet Riek Machar but he refused to meet us, so what can we do? “He asked.

Beda, who is also a legislator in Juba, said his committee has already conducted consultations in most parts of the country and neighboring countries.