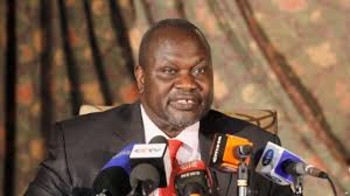 Manawa Peter Gatkuoth, a leading member of the opposition faction led by Riek Machar, said the move was part of the movement’s re-organization after some opposition governors defected to Taban Deng’s SPLM-IO faction in Juba.

“The move is an administrative arrangement within the SPLM-IO faction because we to want to mobilize people in those areas. Citizens are joining IO in those areas, so we want the new leadership to organize itself in those areas,” said Manawa.

South Sudan, which won independence in 2011, plunged into civil conflict in December 2013 after a long-running political feud between President Salva Kiir and his former deputy Riek Machar.