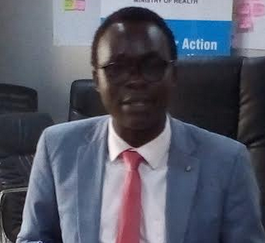 South Sudan’s national health ministry has recorded an increase in cases of measles across the country with Lakes State being the worst hit.

Addressing reporters on Sunday during the Covid-19 bi-weekly briefing in Juba, Mabior Kiir, the chief of planning at the Public Emergency Operation Centre (PEOC), told reporters that the ministry has recorded over 3,400 cases.

“So far we have over 3,400 cases of measles across the country,” Kiir said.  “One of the states that were affected most is Lakes State of which the national ministry of health decided with the key partners like WHO to do a reactive vaccination campaign.”

According to Kiir, out of 8 counties in Lakes State, six counties are affected and the government is currently conducting reactive measles vaccination campaigns in the three most-affected hit counties.

“Out of eight counties in Lakes State, six counties are affected and the reactive vaccination campaign is being done in the three heavily affected counties of Cuiebet, Yirol West, and Yirol East,” he added.

Kiir said the health ministry has recorded 491 confirmed cases of measles in Lakes State with 12 deaths among the children. He however did not give overall countrywide death figures, saying reports are yet to reach the ministry.

South Sudan declared an outbreak of measles on 10 December 2022 following a constant rise in the number of confirmed cases over 38 epidemiological weeks.

The health official said the reactive vaccination campaign which started on 13 January 2023 in the most affected counties of Lakes State targets venerable children aged eight to 59 months.

Measles is a childhood infection caused by a virus found in the nose and the throat of an infected child or adult. When someone with measles coughs, sneezes or talks, infectious droplets spray into the air where other people can breathe them in.

Kiir said that in the last three days, the team dispersed to carry out the reactive campaign has vaccinated 38,489 children.