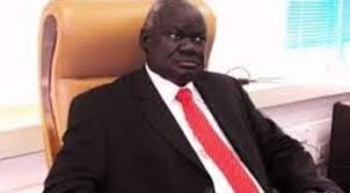 South Sudan’s Opposition Alliance (SSOA), an umbrella of nine opposition entities, is split between the faction that signed the final peace agreement and those who insist the deal failed to address their concerns.

A faction of the opposition alliance rejected the peace agreement signed in Addis Ababa on Wednesday saying it failed to address the root causes of the conflict in South Sudan.

In a statement issued on 14 September and seen by Radio Tamazuj, the new faction of the opposition alliance said: "As the final text of the signed agreement shows, the agreement is not for power sharing between the peoples of South Sudan. Far from it, it has remained a power sharing agreement between elites and for the elites, namely, the SPLM-IG, SPLM-IO, and a compromised faction of SSOA, SPLM-FDs and the OPP."

The group said it called for the adoption of federal system, a lean government, rotational presidency, formation of a new national army, upholding the rule of law and rescinding of the illegal establishment of the 32 states and transparent economic resources.

The new faction warned that failure to address the root causes of the conflict, justice and accountability for crimes committed against the people by the current leadership in Juba makes the new peace deal unsustainable.

The group appealed to the international community to take note of the shortcomings of the signed peace accord.

The new faction stressed that is not part of the revitalized peace agreement signed on 12 September 2018.

For its part, the faction of the opposition alliance led by Federal Democratic Party (FDP) leader Gabriel Changson Chang welcomed the agreement, saying the new deal met their demands.

Lam Akol Ajawin, a leading member of the faction that signed the agreement, said in an interview with Radio Tamazuj that the IGAD Council of Ministers managed to address all their concerns before they signed the deal in Addis Ababa.

Do not squander opportunity for peace again – Mogae tells parties