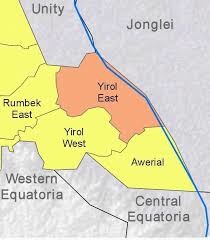 The South Sudan NGO Forum has condemned the killing of two humanitarian health workers in Lakes State and calls on the government to protect all aid workers in the country.

On Monday, two South Sudanese staff working for CUAMM (Doctors with Africa) being killed when they were attacked while in a clearly marked humanitarian convoy on the Mapourdit-Aluakluak road.

In a press release on Wednesday, the NGO Forum said it was saddened by the killings and stands in solidarity with all humanitarians affected by violence.

"The NGO Forum is extremely worried at the continued violence affecting roads and crisis afflicted parts of South Sudan. At a time that humanitarian needs are worsening, a safe and enabling environment across the country is critical for aid to reach populations in need. The unavoidable result of NGO fatalities incurred along roads is the reduction or suspension of lifesaving aid, with even more lives lost as a consequence," the statement reads in part.

Beneficiaries, the Forum says, are the ultimate victims when insecurity forces humanitarian agencies to suspend or reduce humanitarian operations.

According to the NGO Forum, the attack happened less than a month after a similar but unrelated attack in Budi County, Eastern Equatoria State in which a health worker employed by Cordaid was killed on the Chukudum-Kapoeta road.

"2021 has already seen a significant increase in the killings and attacks on aid workers compared to the same period last year, continuing a highly concerning trend and putting the lives of those in need of life-saving assistance at risk. Humanitarian staff must be able to operate safely in South Sudan," the statement concluded.

UN condemns the killing of 2 aid workers in Yirol West