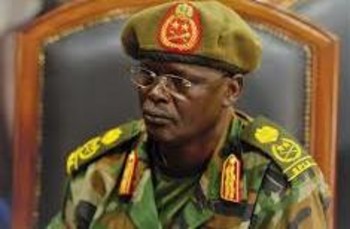 The top military officials of the signatories to the South Sudan peace deal held the first meeting of the Joint Defence Board (JDB) in the Sudanese capital, Khartoum on Sunday.

Under the peace accord, the JDB is formed at the level of Chiefs of Staff and Directors General of National Security Service, Police and all other organized forces. The mechanism is tasked with command and control over all forces during the pre-transitional period.

The meeting which was held at the Higher Academy for Strategic and Security Studies was attended by Sudan’s army general Isam al-Din Mubarak and the IGAD Special Envoy for South Sudan Ismail Wais.

Riak further said another meeting would discuss the references to the security arrangements, pointing out that the meetings will continue for two days in Khartoum.