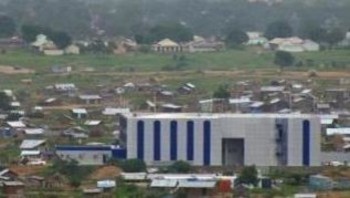 In a statement extended to Radio Tamazuj, the international rights group said the authorities should also ensure that the security agency releases all those arbitrarily detained in Juba, and elsewhere in the country and hold all those responsible for abuses to account.

"South Sudan's national security agency has for years carried out a full-blown assault on critics of the government and political opponents in brazen disregard for basic rights," said Jehanne Henry, associate Africa director at Human Rights Watch. "With the formation of a unity government, South Sudan's leaders should now show they are serious about ending these abuses and holding those responsible to account."

South Sudan's government and opposition leaders are supposed to form a new unity government on February 22, 2020, in accordance with the terms of the 2018 peace agreement.

Human Rights Watch said lawmakers should prioritize revising the National Security Act (2015) to prohibit the agency from carrying out arrests and detaining people and ensure adequate and broad-based discussions on the reforms.

Human Rights Watch has called on the South Sudanese authorities to limit NSS powers to intelligence gathering, as envisioned by the Transitional Constitution of 2011, which mandates the agency to "focus on information gathering, analysis and to advise the relevant authorities."

Human Rights Watch, the South Sudan Human Rights Commission, and others have been reporting on the pattern of arbitrary arrests and detentions, torture, and enforced disappearances by the National Security Service, with little to no accountability for the abuses.

The group revealed that at least 100 people are being held in the main NSS detention facility, known as the Blue House, in Juba. It pointed out that the detainees include both security sector personnel held for disciplinary purposes and civilians held without charge, often for long periods.

“One such detainee is Riek Malual Kuei, a trader in his late 30s, arrested by NSS officers in Juba on October 9, 2017. He was arrested because he was reportedly engaged in financial transactions for the armed opposition, Sudan People's Liberation Movement/Army (SPLM/A-IO). Kuei remains detained at NSS headquarters in Juba without charge or trial,” the statement said.