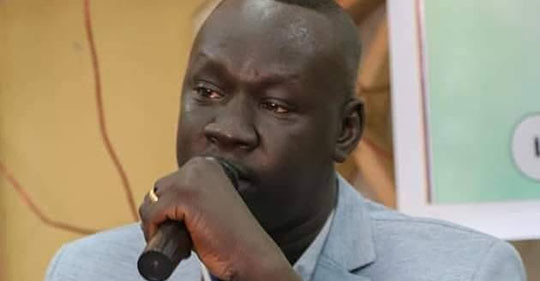 “The arbitrary detention of Michael Christopher is the latest brazen attack against freedom of the press in South Sudan,” said Jehanne Henry, associate Africa director at Human Rights Watch. “The authorities should immediately release him or charge him with a recognized criminal offense.”

National Security Service (NSS) officers arrested Christopher at the Juba International Airport on July 15 as he was leaving the country. They forced him off the plane, confiscated his passport, and told him to report to the NSS headquarters without explaining why. Security officers arrested him on Wednesday afternoon when he reported to the security service office.

In January, the Media Authority and the NSS had warned Christopher, after he published an opinion article supporting the political protests in Sudan.

The authorities suspended publication of Al-Watan in March on grounds of noncompliance and operating without a license. Christopher had to temporarily flee the country due to death threats from persons he believes were security agents.

The national security agency has broad powers of surveillance, arrest and detention.

South Sudan ranks 139 out of 180 on the World Press Freedom Index by Reporters Without Borders.