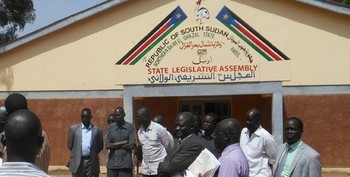 About seven Aweil politicians who were released by National Security Service in Juba have returned to Aweil on Monday.

The politicians were arrested and detained in April for alleged links with the newly declared rebel leader and former army chief Paul Malong.

Families of the released politicians gathered at the Aweil airstrip to receive them on Monday morning.