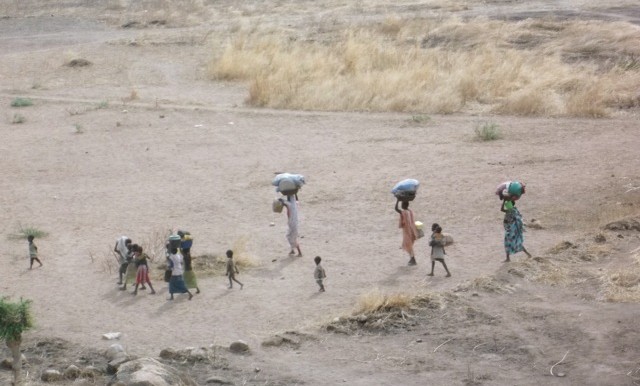 Air strikes by the Sudanese government and ongoing conflict with rebel groups is continuing to force residents of Sudan's troubled border states to flee to neighbouring countries.

The UN High Commissioner for Refugees (UNHCR) said around 2,000 newcomers have arrived in Doro and Al Jimam camps in South Sudan, bringing the registered total to more than 80,000 refugees.

Heavy fighting between the Sudanese army and rebel movements since June 2011 has forced tens of thousands of people out of their homes from the border states of South Kordofan and Blue Nile.

More people are expected to flee the violence.

South Sudan is reportedly hosting around 100,000 refugees from the two areas, another 30,000 are registered in Ethiopian camps.