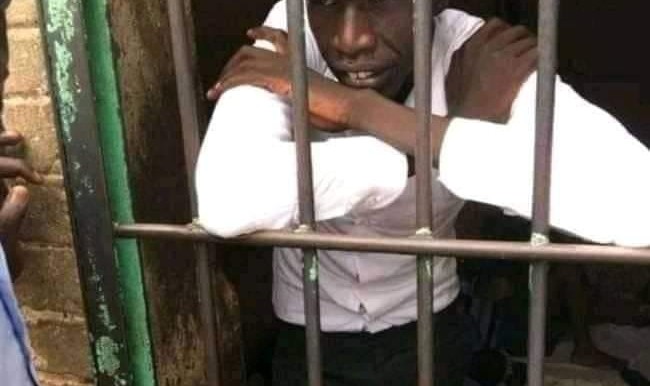 Two journalists, Zechariah Makuach Maror and Jackson Ochaya remain in detention in separate facilities, the Juba main prison and the National Security Service headquarters in Juba, for ‘criminal defamation’ and for writing a news story about illegal gold mining by an armed group respectively.

The chairperson of the Association for Media Development in South Sudan (AMDISS), Mary Ajith, told Radio Tamazuj on Friday it was indeed true that the two journalists are still detained but they are working with the South Sudan government’s Media Authority to release them.

“These are two different cases. Zechariah Makuac’s case was taken to court by the former minister of finance, Salvatore Garang Mabiordit Wol, and treated as a defamation case and then he was jailed. The court was closed to the public and even his lawyer was threatened and pulled out during the case,” Ajith said.

She said they want to appeal the ruling because former minister Salvatore Mabiordit is no longer in public office and yet the case was linked to his work.

“And then for Jackson Ochaya, it is different because when we went to advocate for his release, we were told that he is not a journalist. So we are now pursuing his case through the Media Authority for them to check and tell us who is a journalist,” Ajith said. “There is no law which defines who a journalist is. It is anyone who is practicing journalism in any part of South Sudan. And we said since he was for his work with No.1 Citizen Newspaper, there is a need to reconsider his case.”

Asked about the charges brought against Ochaya, Ajith said, “At that time he wrote an article titled ‘Government accuses NAS of illegal gold mining’ and when he contacted NAS, they denied. He then balanced the two stories. He said he spoke with the NAS spokesperson on phone and so the security people were demanding that he gives them the telephone contact of NAS because the matter is a national security issue.”

Ochaya disappeared two days after the demand from the National Security that he provided them NAS contacts and was later found to be in detention at the infamous Blue house until now.

The Committee to Protect Journalists (CPJ), an independent, nonprofit organization that promotes press freedom worldwide and the right of journalists, on Thursday demanded the immediate unconditional release of the duo and asked the South Sudan government to halt all acts of intimidation against the press.

“On September 1, Ochaya, a reporter with the privately owned No. 1 Citizen newspaper, went missing and was later confirmed to be held at South Sudan’s National Security Service headquarters,” CPJ said in a statement. “On September 14, Maror, a freelance journalist, was sentenced by a Juba county court to one year in prison and a fine of 5,000 South Sudanese pounds ($38) after being convicted of criminal defamation, according to media reports, court documents reviewed by CPJ, and the journalist’s brother, Saad Z. Maror, who spoke to CPJ in a phone interview.”

“South Sudan has one of the most hostile environments in the world for the press, and the continued arrest and harassment of journalists indicates that authorities are not committed to changing these conditions,” said Angela Quintal, CPJ’s Africa program coordinator.

“Zechariah Makuach Maror should not be behind bars, and the detention of Jackson Ochaya is yet another example of authorities’ willingness to spread fear instead of ensuring journalists’ safety.”