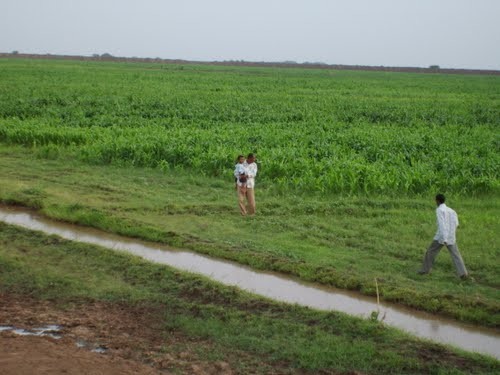 Hundreds of farmers at Kassab Agricultural Project in eastern Sennar face crop damage because a contracting company has delayed in harvesting mature crops.

Radio Tamazuj learnt that al-Berair Company for Agriculture had entered into a partnership with the farmers at Kassab Agricultural Project to cultivate peanuts, and committed to complete harvest operations after the cultivation.

The company is said to be stalling on picking up the crop from the farms.

Farmers have pointed out that the company delegates did not come to receive the crop according to the agreement between them and the farmers.

Instead, the crop is still in the fields, where farmers are guarding it anxiously in fear of encroachment by pastoralists and their herds.

According to one member of the Sennar and Suki farmers associations, farmers could bear debts to the company in the event of crop damage, especially after mortgaging their lands to the company.

Farmers appealed to authorities to intervene to urge the company to receive the crop, to save the farmers from entering prisons and confiscation of their lands.