PCCA protests: A look at Juba, Bor, and Aweil 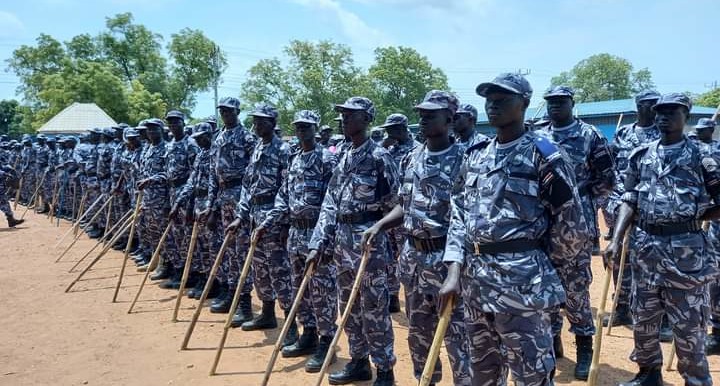 The deployment of heavily armed security forces across the country on the eve and morning of the planned protests, created fear amongst citizens with many staying home and restricting movement.

The South Sudanese activists under the umbrella of the People’s Coalition for Civil Action (PCCA) set August 30, today, as a National Awakening Day' for the public to come out in masses pressuring the government to resign.

Radio Tamazuj spoke to some citizens and these were their views. In Juba, Central Equatoria State, life seemed normal say for the heavily deployed security and reduced outdoor activity.

"Many places have been closed, some shops, tea places, restaurants have remained closed. People are scared. There are some vehicles moving towards town but not many people as usual," Bruna Emmanuel, who resides in the Munuki neighborhood said.

Yousif Adam from the Gudele neighborhood said: "There are police on the roads. The security situation is fine now. What people are saying is there are demonstrations but there is nothing like this. People are moving normally. There are some shops that are open and others closed but everything is going on. The only problem is that there is no network and we are not able to know what is happening elsewhere."

But Louis Angelo, a Juba resident, who decided to stay home said, "I don’t know what is happening outside because I have not left my house. But there is no internet since the last night. You can access google but you cannot download anything else."

"The civil society alliance had issued a statement recently saying that it would mobilize citizens to take to the streets in a peaceful march, denouncing the deterioration of the general situation in the country on the 30th of August. This led to the deployment of security forces around the city of Juba," he added.

Residents in Bor town of Jonglei State shared the same concerns saying they woke up to find heavy deployment of security forces around the town.

“It was an overreaction. This is too much. Security forces are everywhere on the roads and markets. They are not beating up people but their presence is instilling fear,” one Bor resident who identified himself only as John said.

Another resident, Bol Deng, also an activist, said: “The security is everywhere even at the Radio Jonglei FM and markets. Yesterday at Panda Market field, traditional dancing was disrupted and people dispersed because they say no gathering of more than three people.”

The activist said the town remained calm despite the deployment.

“Bor is calm. There is no protest. People are moving but only that some shops remain closed maybe because of fears,” he said.

For his part, Major Majak Daniel Tuor, the state police spokesperson, said "As security organs, in case of any unusual situation, we make deployment to watch unnecessary situation or crime that may happen. This deployment has no impact on the civil population."

In Aweil of Northern Bahr El Ghazal State, the situation was no different.

Marol Mayen, a resident in Aweil Center County, said it is the first time for the locals to witness such heavy deployment of forces.

“The citizens of course are so scared and there are a lot of questions on what is going to take place? Even here some refused to leave their homes to market places because there was no time such military heavily advance took place in our area. We were having a few soldiers in the past, but now their number is increased and that created unanswerable questions for the citizens!” Mayen exclaimed.

Wol Diing, a teacher who lives in the Gabat neighborhood in Aweil town, said, "People are just afraid and confused on what is happening, yes of course. They are afraid of why forces are spreading like that and they are really confused because no one knows what it is all about. Those who mind may not feel okay, I am even at school now and others are not in school."

PCCA launched a public campaign earlier this month to demand political change after 10 turbulent and often bloody years of independence.