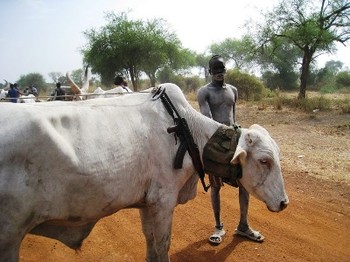 More than 19 people including four women were killed in a cattle raid carried out by suspected armed youth from Boma state on Kolmarek village in Jonglei’s Bor North County on Saturday evening, an official said.

“An attack was launched yesterday [Saturday] by Murle youth on an area called Kolmarek. The incident resulted in the killing of 19 people and 19 others wounded," Jacob Akec, Jonglei state information minister told Radio Tamazuj this afternoon.

He pointed out that the wounded people were taken to Bor Hospital for treatment. Minister Akec claimed that about seven attackers were killed during clashes, bringing the total number of people killed to at least 26.

Ayuel Guet, a youth leader in Bor, reported that at least 24 people have been confirmed killed from their side and five others are missing. He pointed out that fighting was still continuing with Murle raiders at Begeng and Abuk areas in the southern part of Twic South County.

Boma officials could not immediately be reached for comment.

The pastoralist Dinkas from Jonglei and their Murle neighbours in Boma state have for long been wrangling leading to cattle raids and child abductions. The two sides signed a cessation of hostilities agreement in Juba in May but the deal could not hold.