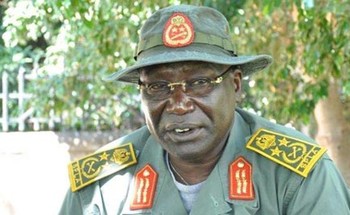 South Sudan’s former army Chief of General Staff, Gen. Paul Malong Awan, says he has stopped asking for permission from President Kiir to go to his home state of Aweil.

In May, General Malong had expressed desire to go to his birthplace for family matters shortly after being removed from office but the request was not approved by Kiir.

“They [government] know that I wanted to go home to see my family but they have not approved it since May when I returned. So I decided to stop asking anybody. I am just staying until when they will decide,” Malong told Radio Tamazuj on Friday.

Malong left Juba together with some military officers shortly after being removed by Kiir, heading for his birthplace in Aweil, but was stopped in Eastern Lakes state and brought back to Juba after talks mediated by community leaders.

General Malong further said he has taken time without meeting President Kiir since he returned from Eastern Lakes state in May. “I have not met him. Do you mean the president? I have not met,” he said.

Malong, once considered the power behind Kiir's administration, declined to comment on reports that his health condition has deteriorated steadily in Juba.

The wife of former SPLA army chief said her husband has been under house arrest for months in Juba. Lucy Ayak said Malong has not been allowed to leave the capital since May.

Gov't not telling the truth about Malong's house arrest in Juba: wife