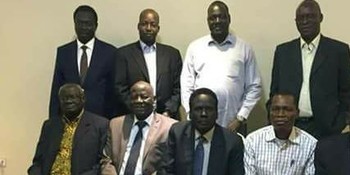 Nine rebel groups that make up South Sudan’s opposition alliance agreed on a joint consultation at the upcoming peace deal revitalization by the Intergovernmental Authority on Development (IGAD).

In a statement dated 27 March and seen by Radio Tamazuj, the groups said they had one common position throughout the last two rounds of the peace process.

Therefore, in the consultations the IGAD intends to carry out between now and the 26th of April, we would like to be consulted as one entity,” the letter reads in part.

The opposition alliance, in the letter to the IGAD Special Envoy, said the Juba government cannot be both a party to the conflict as well as part of the mediation, pointing out that South Sudan government should be recused when IGAD is acting as mediator on the South Sudanese conflict.

Opposition alliance to meet ahead of IGAD consultative meeting