Opinion: Will uprising in Sudan provide a new political dispensation? 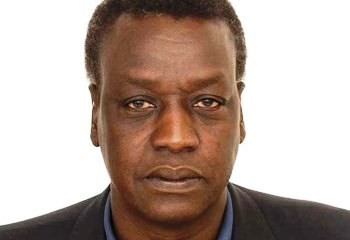 The recent wave of uprising in some African countries shows the new means of contesting the African rulers who stayed in power for so long and are hardly to be unseated through the ballot box. This new dispensation of uprising marks the emergence of new middle class in Africa that is educated, informed, connected and less willing to resort to violent conflict or civil war to challenge the misrule in their countries.

These waves of protest are likely to gradually supplant the civil wars with prospects of creating a more sustainable democratic change but with a possibility of emergence of new military rule that may thwart the path towards democratization. The level of stamina exhibited by these young African protesters is a reflection of level of grievance and frustration and it is critical not only in ousting the dictators but also in providing the desired quality of the post-uprising government and political environment.

Interestingly the remaining dinosaur rulers of Africa seem not to see this new wave of political dispensation and they simply do not learn from the experience of their colleagues who were awfully ousted. History has shown the more these rulers stay in power the more they commit atrocities and paradoxically document unknowingly these atrocities that are used against them and their families in the post-uprising.

These dinosaur rulers of Africa should know whatever atrocities they are committing and the wealth they are acquiring with their families and relatives, they will eventually account for at extremely high price. Tunisian former president, Zine El Abidine Ben Ali, provided a good example of how such presidents for life in Africa should seize the right moment to exist and to allow democracy to prosper.

Following events in Sudan, I am shocked how Bashir and his ruling party; the National Congress Party (NCP), missed opportunity to hand over power peacefully to the protesters. In particular Bashir should have put aside his pride and negotiated a peaceful transition to civilian rule of professional association. Now he is in prison with his direct brothers and with time most members of his family will be arrested as well.

In the coming days, weeks and months, the Sudanese people will be shocked by the level of atrocities and corruption during the 30 years of misrule by the NCP in the name of political Islam. I am afraid that the prisons in Sudan may not have space to accommodate the convicted members of the defunct NCP. The unprecedented drama of military coup of Bashir and stepping down of his ouster, Gen. Ib Auf, after one day shows the level of breakdown in the National Congress Party. This political drama in Sudan is been influenced and shaped by the stamina and determination of the Sudanese protesters. One appreciates some of the measures taken by new Sudanese military ruler, Gen. Burhan, in arresting the leaders of the NCP including Bashir and amalgamation of Sudanese military forces and above all his willingness and commitment to hand over power to the civilian rule.

Although there are some doubts that Gen. Burhan may want to take Sudan to scenario of Egypt and Sudanese experience of 1985 with military junta managing the transition, the Sudanese protesters are determined this time around to break that cycle and to ensure civilian rule in the post-uprising.

This genuine demand by the protesters is supported by the recent unequivocal resolution by the AU Peace and Security Council, and stance of USG, Troika and EU. If this uprising continues with the same momentum and zeal, it may provide a new political dispensation that may break the vicious cycle of civilian uprisings and military coup and to put Sudan on the path of sustainable democracy.

The uprising in Sudan has inspired other uprisings and civilian political consciousness in some African countries such as Algeria, Chad, Cameron, Eritrea and Mali. My friend and colleague Omer Ismail of ENOUGH Project described this Sudanese uprising as new African Spring as Sudanese political consciousness started in 1942 when they formed their political parties during the British colonial administration that followed by uprising in 1964 and 1985.

If they failed to agree on the list of candidates for civilian transitional government, the military council may shift the blame to the professional association and political parties and may appoint technocratic government headed by prime minister under its direct supervision as it happened in 1985.

The external actors with interests in Sudan will influence the final outcome of this uprising. The political position of the African neighboring countries of Sudan; particularly Egypt, Eritrea, Ethiopia, South Sudan, Central Africa Republic, Chad and Libya, about the uprising should be guided by the resolution of the AU Peace and Security Council for the military junta to immediately hand over power to civilian transition government. While South Sudan has hurriedly sent a shaky and untrustworthy delegation to Khartoum, Ethiopia received Sudanese delegation in Addis and affirmed its stance with the choice of people of Sudan.

Egypt on the other hand has sent its chief spy to Khartoum in support of military junta and as part of the politics of the Gulf. It is expected that President Sisi may visit soon Khartoum to show his support to the military junta and this may be in aberration of the resolution of the AU Peace and Security Council and the demand of the protesters. Saudi Arabia has sent a high delegation to Khartoum with the former manager of Bashir’s office; Taha Osman, who is currently the security adviser of Saudi King on African Affairs. Also the government of the United Arab Emirates is involved in convincing the Sudanese armed groups and political parties to support the current transition under the leadership of Gen. Burhan. Turkey, Qatar and Iran are anxious that the change in Sudan is targeting their political Islam agenda and they tried to reverse the trend. The minister of foreign affairs of Qatar tried to visit Khartoum through some remnants of NCP in the ministry of foreign affairs but he was denied and that created diplomatic embarrassment and resulted in the sacking of the undersecretary of the ministry.

Sudan has undoubtedly become the battlefield of the politics of the Gulf but also that of political Islam and moderate Islam. While the block of Saudi Arabia, UAE, Egypt and Bahrain is in support and has leverage over the military council with clear aim of isolating the political Islam block of Qatar, Turkey and Iran, they seem insensitive to the demand of the protesters for the civilian transitional government. While the Sudanese protesters agree with Saudi Arabia, UAE, Egypt and Bahrain that the political Islam has failed to deliver during the last thirty years of NCP, they disagree with this block that the military council is unfit to manage the transition and civilian transition government would be ideal to put Sudan on a solid path of sustainable democracy. The Sudanese protesters are determined to provide a new political dispensation that will emulate the rest of Africa, the Arab and Islamic world and I hope the external actors will be guided by the choice and demand of the people of Sudan rather than their narrow political interests. I am certain that the voices of the Sudanese protesters will eventually prevail and will provide a new political dispensation that will transform the African countries ruled by dinosaur rulers.