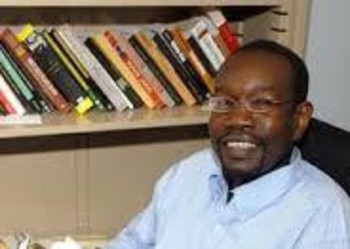 On September 12, Salva Kiir, the president of South Sudan, and his rival, the former first vice president and rebel chief Riek Machar, inked onto paper a new peace agreement in Addis Ababa, the capital of Ethiopia. The signed agreement is expected to end the five-year civil war that has killed nearly four hundred thousand and displaced millions of South Sudanese since the war broke out in December 2013. Brokered and guaranteed by Sudan and Uganda, the agreement stipulates that South Sudan will have five vice presidents and expand its parliament to 550 to accommodate members of the opposition groups. However, the two warring parties continue to violate the ceasefire, the number of the refugees is on the rise and the UN warns of catastrophic food shortages. The main concern about the agreement, however, is whether the agreement will be sustainable to end South Sudan’s man-made crisis.

Taban Deng, the first vice president of South Sudan seems to believe that the agreement will hold. Defending the agreement, he said, “we are still a Bedouin society where accommodation also is important - Accommodation also brings peace.” Taban Deng’s characterization of South Sudan as a ‘Bedouin society’ that can only be governed by accommodating political foes is not only worrying but also unveils the weakness of the agreement. Despite the current government’s documented record of incompetency and failure, the Inter-Governmental Authority on Development (IGAD) mediators seem to agree that it should be kept in place and broadened to accommodate other opposition groups by creating more positions at the executive and legislative levels. The mediators see the conflict as a political rivalry between two leaders belonging to the two largest ethnic groups, the Dinka and the Nuer. They assume that a power-sharing pact between the two leaders will end the war and restore law and order. Nevertheless, the agreement has turned South Sudan into a protectorate of Sudan and Uganda. Sudan retains its control of the oil fields in Upper Nile, and Uganda has secured its monopoly of the abundance natural resources in Equatoria region. The political elites in Kampala, Khartoum and Juba are the sole beneficiaries of the agreement while their victims are forgotten and dispossessed.

The problem with the agreement lies in the way in which the agreement has been framed and negotiated. The IGAD mediators, in particular Sudan and Uganda, mistakenly believe that the root causes of the crisis is who to govern South Sudan instead of how to govern it. Accordingly, the solution offered is a power sharing deal between elites who are self-appointed as representatives of their ethnic groups. It is a mistaken proposition to argue that the route to a sustainable, inclusive - peace and development in the country solely depends on embracing elite-driven ethnic politics. Hence, critical concerns about justice, accountability, and governance and inclusivity have been minimally addressed.

The trouble with South Sudan is structural in essence. After South Sudan’s independence in 2011, a host of political, economic, and social challenges have emerged including the absence of a clear vision of economic and political development, weak institutional capacity, inter-communal conflicts and tensions, routinization of corruption and nepotism, and a growing tendency toward undemocratic practices within the government. A lack of an inclusive vision, political commitment and political will coupled with deceit seem to be the main qualities of its political elites. Instead of moving away from the yoke of ethnicity and regionalism, the political elites of South Sudan have used them to structure the basis of their new post-independence government. Hence, regionalism and ethnicity are normalized and institutionalized as political mechanism to grant or deny access to political and economic power. The allocation of political offices, distribution of national wealth, and access to economic and political powers are defined and shaped by these parochial identities. The new peace agreement addresses none of these core problems. In fact, it rewards South Sudan’s political elites, especially Salva Kiir and Riek Machar, who bear the most responsibility for South Sudan’s carnage.

The current political dispensation in South Sudan cannot be sustained without genuine political and economic reforms. South Sudan needs a sustainable, creative political strategy to address the deep-seated grievances of those, in particular minorities, who face discrimination based on their ethnicity and place of origin. The demand of other ethnic groups, particularly in Equatoria and Western Bahr El Ghazal, for a federal system of governance is given less priority by the mediators and the two main warring parties. The concentration of power in the hands of the president and the absence of checks and balances triggered the conflict in 2013 in the first place. If the specifics are worked out in a new constitutional arrangement, federalism could have a better chance of addressing some of the deeper concerns pertaining to distribution of economic and political power, transparency and accountability, rule of law, and a shared citizenship in South Sudan.

The current peace agreement might manage the crisis temporarily, but it will not resolve the underlying causes of the tragedy. Therefore, South Sudan has no chance of digging itself out of its deep hole, unless the core issues are resolved in a manner that takes into consideration the concerns of the victims, the majority of South Sudan’s population, not the elites. Short of this, South Sudan will continue its ethnic fragmentation and de facto statelessness, with no guarantee of peaceful coexistence. In the end, the status quo will continue to produce violence and displacement with far reaching regional and international ramifications.

The author is a professor and chair of Department of African and African American Studies at Fordham University (Lincoln Center Campus), New York.