Opinion | Why should SSCSE Exams be shrouded in mystery? 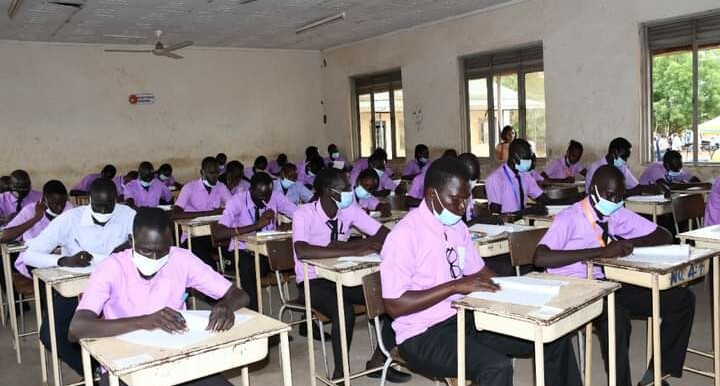 What the National Ministry of General Education and Instruction (MOGEI) and the NEC did not tell the nation is that nobody among them knew beforehand that 18th April 2022 would be Easter Monday, which the Ministry of Public Service would set aside as a public holiday after all! The officials concerned would not give the reason for postponing the CSE exams to 20th April 2022 for fear of embarrassment and shame. But they should feel embarrassed for the simple fact that their planning wasn’t consultative and thorough enough, but a hasty one.

In many countries across the world, national examination timetables are made known much earlier – in fact, at least two months in advance. Such is helpful to the schools and candidates to prepare themselves. During such time, invigilators are identified and given some training on how to conduct themselves while on their duties in the schools they are posted to. This is also the moment candidates are provided with their index numbers, basically showing the order in which they seat in the examination room. The index numbers also enable invigilators to draw up seating plans with a view to knowing which candidates would be involved in examination malpractice… Giving candidates information about their examination timetables early also helps them to revise their subjects in a strategic manner.

It seems this is not the case with South Sudan… Here, the national examination body seems not even sure when exactly to conduct exams. True, sometimes they are bogged down with delayed disbursement of funds to run the exercise. However, this should not be an everyday excuse because then candidates and teachers, as well as parents, lose trust not only in the examination body but even in the credibility of the exams.

Some information that was kept secret until late was the issue of examination centres per county. According to the wisdom of MOGEI and NEC experts, a county should have three examination centres on average… Nobody, not even this writer, knows for sure what the actual reasons were for coming up with such an idea. Is it to minimize expenses due to logistical challenges or was the idea conceived to curb examination malpractices? Whatever the reason, the idea was apparently ill-conceived and goes to show that some of our so-called experts at the education ministry know little about South Sudan!

Otherwise, how do you expect S.4 candidates in rural schools in Juba County to trek all the way to Juba town for the SSCSE exams? Some of the candidates reportedly walked to Juba to sit for the ongoing CSE examination papers all the way from Kajo-Keji County! How do you expect candidates of S.4 in remote schools in counties such as Panyijar, Mayendit and Koch to move to Bentiu for their SSCSE exams unless you want to deny them the right to education? With such a reduction in the number of examination centres within a short notice, where do you expect students and their parents to mobilize money for transport, feeding and accommodation? Mind you, some of the candidates might not have any relatives in town to accommodate and feed them during the whole examination period. Worse still, many schools do not have any transport means to move their students daily to and fro the examination centres in the towns.

During normal, peaceful times, students subjected to such conditions could have considered moving to the examination centres in town on foot. This may not be possible in many counties where inter-communal conflicts and flooding are frequent cases. By moving on foot along long distances students might expose themselves to insecurity and rape for the case of girls. With such and many other challenges in mind, officials at MOGEI and NEC have to ensure candidates take their national exams (at primary or secondary level) in their schools – provided that such learning institutions have an examination centre number duly recognized by the South Sudan National Examinations Council.

For the case of Uganda, all national examination papers for primary and secondary school candidates are delivered to schools with centre numbers issued by the Uganda National Examinations Board (UNEB). It is in these schools (centres) where candidate students sit for their examination papers after the end of an academic level (P.7, S.4 and S.6). There is no day in recent history where students from many schools in a district are asked to travel and sit for their UNEB examination papers in a distant school or examination hall. So, where did the officials at the National Ministry of General Education and Instruction derive their “wisdom” from by reducing the number of centres to only three in counties some of which are the sizes of independent countries in Europe? Aren’t they aware of hard-to-reach areas in some counties such as Ulang, Mayendit and Pibor?

If the rationale behind the reduction in the number of examination centres was to stamp out cheating and other forms of examination malpractices, then there would have been better ways to deal with these vices. First of all, crowding many examination candidates from different schools in one hall can create a great deal of confusion. In a country where strong systems are not yet in place, invigilators can easily mix up the examination papers of candidates and this can create problems at the marking centres. It will not surprise anyone to hear, for example, that students are given mark scores of other candidates from other schools… Dealing with cheating and different forms of examination malpractice requires the professionalization of teachers and enforcing their ethical standards. It also requires that those dealing with the setting and printing of national examination papers are closely monitored as they can easily be tempted to leak or “sell” questions to their friends or relatives to give them a competitive edge over others.

In order to decisively root out cases of examination malpractice, South Sudan National Examinations Council needs to look no further than Uganda to borrow a leaf from UNEB. There, unlike in the past, teachers no longer invigilate in the very schools they teach in. The danger of having teachers invigilate their own students sitting for national examination papers is that they may easily be tempted to “help” them. Usually, such “help” is not helpful as some of the teachers working as invigilators may not have the required academic competence to answer the examination questions to the required standard. It is also important to have impeccably strong safeguards at the examination marking centres. Some markers may easily wrongfully award marks to a candidate on grounds of his / her name that identifies him/her with a particular ethnic group or region. To curb such intentions, it is absolutely important to introduce a “conveyor belt” system of marking. As the name suggests, this system requires that a candidate’s examination script is not marked by only one examiner, but by several examiners in turns. Once a marker has marked a question or two, he/she passes the candidate’s examination script to another colleague until the final marker. All this process goes on under the full watch of the chief invigilator who plays a very big supervisory role during the marking of candidates’ examination scripts. This system provides checks and balances during the marking of a candidates’ examination scripts as the final score is not determined by one person. If among the group of markers, one marks an examination script of a candidate with some “favoritism,” he/she is easily identified and advised or even warned.

In conclusion, the  National Ministry of General Education and Instruction and the South Sudan National Examinations Council should promote transparency about national examinations instead of shrouding them in mystery. The reduction of centres is not a viable way to curb cheating and different forms of malpractice but better strategies, such as the ones outlined above, need to be explored to curb such vices.

The author Alfred Geri is a veteran journalist and an educationalist. He’s a commentator on topical socio-economic issues. He can be contacted via algeri2003@yahoo.com

Over 200 candidates to miss national secondary exams in Unity State