Skip to main content
Toggle navigation
العربية
Home News Opinion | Why is the presidency mute about the runaway violence in the country?
By Koka Lo’Lado - 14 Mar 2022

Opinion | Why is the presidency mute about the runaway violence in the country? 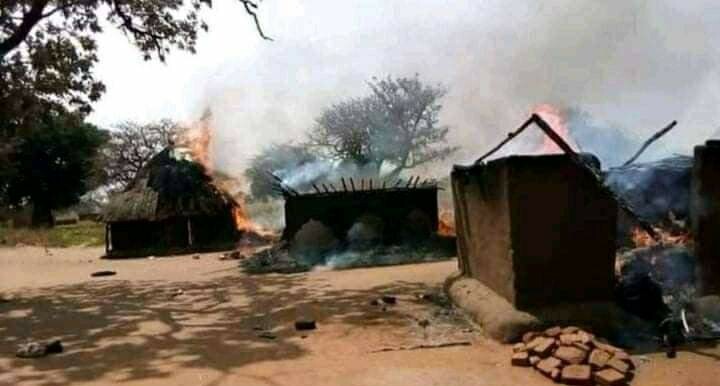 South Sudan has been experiencing what can now be aptly referred to as endemic violence across the country and it has recently peaked but the institution of the presidency has remained mute.

Collegially, President Salva Kiir and his five deputies have been reticent. Non among them has shown the leadership to even condemn or try to publicly address the issue, creating even more trepidation among the already traumatized people of South Sudan.

Interestingly, government spokesman and information minister, Micheal Makuei, came out a couple of weeks ago, albeit at a private funeral prayer function, and advised pastoralists from Bor to go back home to avoid conflict. Occasionally abrasive and crude, Makuei at least advised and tried to address one of the aspects of violence.

RJMEC also came out last Friday by way of a press release and urged the government to implement the security arrangements stipulated in the revitalized peace agreement in order to check the snowballing violence across the country.

“Recent reports from CTSAMVM, the ceasefire monitors, indicate a range of localized incidents of violence in different parts of the country which are a serious cause of concern for the overall implementation of the revitalized peace agreement and enjoyment of its dividends at the community level,” the commission said. “This overall picture of insecurity has a negative impact on the implementation of the peace agreement at this critical time when every little bit of progress should be built upon.”

A cross-section of legislators from the national assembly in Juba came out too to condemn escalating violence, mostly in Eastern Equatoria’s Magwi County.

But the main question begs; what is stopping the president and his deputies and by extension the cabinet and leadership of the security forces from collectively formulating a strategy to tackle runaway violence in the country?

Ideally, if the presidency sits and agrees on a strategy then the other government departments would implement it?

Are the leaders who momentarily comprise the supposedly collegial presidency complicit in the accelerating violence? If they are not, why are they not sorting out the mess and remaining mute?

After all, all of them have at one point or another alluded to fighting for the people of South Sudan, even when that fighting has led to unnecessary mass deaths, displacements, and cataclysmic turmoil.

The people of South Sudan hoped that after acquiring their positions and being on the seat, the leaders would now genuinely turn to solve the ills debilitating the country. This does not seem to be the case now.

Would the citizenry be wrong in believing that they have been duped by their leaders and that the latter was only interested in positions and feathering their own nests?

Even at the Juba level, the presidency can call and hold joint meetings with the parliamentary caucuses of the areas affected by conflict, irrespective of political party affiliations, and find ways of hammering out solutions. What does it take to do this? A budget?

The revitalized peace agreement, albeit not perfect, created a breather and hope among the citizenry who believed the calculated madness and mindless killings would come to a stop. Can they now be blamed if they see the current unity leadership as inept?

The leaders at the top should take pity on the suffering population, own up their responsibilities, put aside their petty differences and genuinely work together to usher in an era of real peace, at this point even a semblance will do.

The author, Koka Lo’Lado, is a journalist and can be reached via kokalolado@gmail.com