Opinion | Where is IGAD-Plus to pressure parties in Juba? 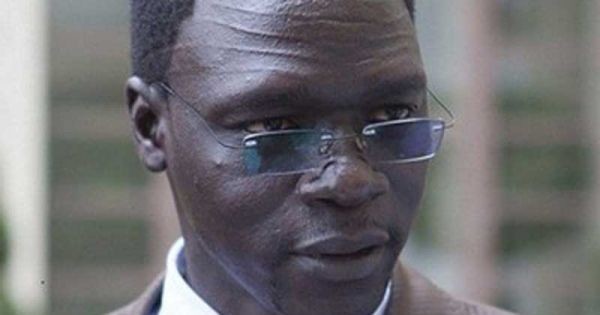 Lack of political will, lack of commitment and eroding trust-building, particularly on the part of the SPLM-IG, seem to have resurfaced again among, and between the main parties to the Revitalized Agreement on the Resolution of the Conflict in South Sudan (R-ARCISS) ------as now shown by their current delay or failure to agree on the selection/distribution of 35 ministries and 10 states, etc.

South Sudan’s government is now a paralyzed government of the ’big six’ as heads of institutions and states governors and would-be revitalized parliamentarians, who should have provided policy guidance across the nation, are nowhere to be named or seen.

SPLM-IG, led by President Salva Kiir, wants to take almost all the important governance and economic ministries, such as Defense, Interior, Petroleum, Finance, etc. How should this be in a coalition government, composed of different parties, some with separate huge armed forces?

SPLM/A-IO, the main opposition party, led by the First Vice President, Dr Riek Machar, is supposed to be leading the Governance Cluster, and lead the reform agenda as well, in accordance with the R-ARCISS, and so by denying them some of such vital governance and economic ministries, it sadly means the reform agenda is nibbed in the bud.

No IG party nominated ministers in charge of all these governance ministries will be cooperating with Dr Machar, who will be heading the Governance Cluster, in order to initiate reform policies on good governance in the new Cabinet. Reform agenda will be suspended until further notice.

Now the IG, led by President Kiir, has sadly applied the game of divide and conquer the other weaker opposition parties by giving them their whatever ministries through the back door, sidelining the IO, led by First Vice President, Dr Machar, in a process which is suspiciously not transparent.

As a result of these disagreements, the whole government in Juba and in the states has come to a standstill without the needed appointments of ministers and governors and a revitalized transitional national legislature.

Where is IGAD-Plus, as guarantors, in this unhealthy stalemate in Juba? Where is their sustained pressure on the Parties to ensure that they do the selection fairly and transparently and form a revitalized transitional government of national unity, not simply the uncooperative Presidency?

Is it not time for IGAD and the rest to step in again, and to remind the respective leaderships of the Parties that if they can’t agree as gentlemen and a woman, or as main Parties, then they should refer to what the Agreement says, and that is to select the 35 ministries on "rotational" basis. This means IG selects one ministry first, followed by IO, followed by SSOA, followed by FDs, followed by OPPs, and the cycle continues until each party gets its power-sharing ratio per the R-ARCISS, and the IG that has 20 ministries collects the remaining ministries.

IGAD and AU, and the wider international community, should not repeat the mistake they made in 2016, when they relaxed their pressure on the Parties, leaving the whole process to blow up again.

And who knows, somebody might be delaying the formation of the R-ARCISS in order to delay priority discussions on pending issues on the security arrangements, etc., and hence delay implementation of the security sector.

I hate to believe that pushing the IO into prematurely forming a unity government first, without implementing the security arrangements and protection of VIPs and vulnerable citizens in Juba and in other major towns, was to make IO and other Parties negotiate the pending pre-transitional issues from a weak position.

And it is risky by the way, but God is great.

Again, IO’s goodwill and trust-building approach and love for peace, stability and recovery of the lives of the suffering people of South Sudan, is being betrayed in daylight and in the watchful eyes of IGAD and the wider international community.

IGAD-Plus and their partners should intervene immediately and save the R-ARCISS if the Parties will not agree by Sunday, 2 March 2020.

The international community should not relax, but keep sustained pressure on the Parties until the Agreement is fully implemented and free and fair elections are held by 2023, God willing.

And IGAD-Plus should also be reminding itself that it was responsible for pushing Dr Riek Machar into JUBA in 2016, without proper security arrangements put in place first, and it is the same scenario repeating itself today, and maybe even worse, given this intransigence on the part of IG. God forbid.

May God bless and take care of the ever-suffering people of South Sudan, and impose a positive divine intervention in the hearts and minds of their leaders.