Opinion | What lesson will the SPLM leaders learn from the NCP dissolution? 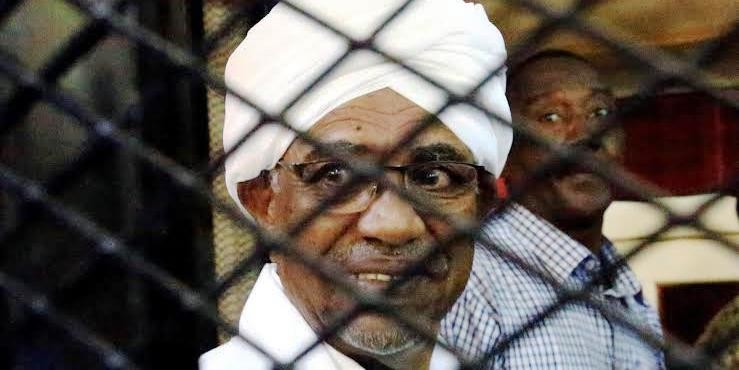 With the advance in technology, the speed of information runs fast with just a click of a fingertip everything from far become closer and read by many for their own national issues interest. It was that information circulated in fashion ways with the moral courage which Sudanese people insisted to triple the strongest man in Africa, the president who defied the warrant of the International Criminal Court for crimes against his own people.

After the Sudanese people almost gave up, the Algeria news of ousting their tranny restore their momentum and the volcano erupted in the capital and surroundings. A few days after, the dictator was deported in a way no one could believe and therefore, the people power still high and will continue to dismantle the remains figures including their corrupted National Congress Party.

As I recalled days back in Juba in the 80s and 90s as a small boy who wakes up early every morning to walk and sometimes run to the Nile to take bath if time is on my side in order to prepare for school. At that time I used to carry a radio, like how our elders did in the past during the civil war when they were following world events.

I sat under those mango trees in Lologo listening to BBC focus on Africa which at the time breaks the news of the dismantling of the National Congress Party (NCP) and the banning of its members for participating in any political activities in Sudan for over the period of ten years. Every words or question were about the Sudan People’s Liberation Movement (SPLM) in the presence and the NCP in the past who both were partners in peace as well as in crimes.

When I just arrived at the Nile I looked upon the mango trees to see if there are unknown gunmen may hide or it was just my imagination. I sat down to listen to the morning news as the old days when old people do. Then an old man sat beside me to listen to the news which was the dismantling of the NCP corrupted party which brought this entire eventuality to both nations due to their hypocritical thinking which SPLM finally adapted in the new nation.

After that breaking news from BBC Focus on Africa about Sudan, the old man look up to the sky and said: “Lord, when will that day come to Juba and South Sudan as a whole?” Tears from his eyes start falling suddenly and I found myself tearing too which I couldn’t control.

The old man said he lost families and relatives during the civil war and he lost his children after the civil war, why? What do I do to go through all these painful times in my life? I told him that every beginning has an end and every end has a beginning and their times in progress.

People gather around us very fast because of the emotional situation but we defuse the attention very fast and moved to the River where people were taking bath, swimming or fishing. In the Nile when I saw people are swimming, the memory comes back as a Lologo boy before deciding to swim to bring the glory days back when the Nile was the only place to take bath equally the only place of joy and entertainment. The Nile was the only place where we could exhaust our little energy during those civil wars where Juba was the main target of both NCP as their pillar of strength and SPLM/A as their dream hope of victory.

I look down the Gumbo Bridge and ask myself, what the SPLM/A has really done for the last 14 plus years on power? The Gumbo Bridge was our Disney World of free entertainment and free competition where we could have jumped from the top of the bridge to comb our hair, memory which never erased.

The obvious answer came from a person beside me who was looking in the same direction: “SPLM has done nothing but more damages for what they damaged during the civil war. The only bridge built during “English” colonial still one of the best bridges in independent South Sudan.

What do South Sudanese do to deserve all this humiliation from the very people they were hoping will make a major development in the country that went through a lot of horrors and untold stories buried in order to encourage the next generation to do better?

I shouted “SPLM OYEE”. What I saw was only red eyes toward me from everybody around me at the time but nobody says something. I could hear people whispering to each other as this guy is an NSS, Jieng agent or unknown gunman. Now fear came to me and I decided not to take bath as I maybe drown into the water as Juba is not as Juba of the past where love and togetherness was the basis of living as far as I grew in Juba.

What taking place in Juba now is the same NCP playbook that SPLM borrows and uses it against its own people? What NCP did in the whole Sudan is now what SPLM is doing in South Sudan and it even worse than what the NCP did to Southerners. If the SPLM didn’t learn from what happened in Sudan, they will never learn anything anymore.

South Sudan leadership is now trying to ride on the back of the new Sudan government which was brought by the people to fulfill their failed leadership as they are really credible. Instead of IGAD to pressures them to bring peace in South Sudan, they are pressuring IGAD to speak for their own interest. How IGAD can urge the lifting of sanctions on Sudan and South Sudan when the two aren’t on the same page of development? Shouldn’t South Sudan make major progress on itself before considering lifting sanctions? Is there peace in South Sudan when there are millions of Internally Displaced Person (IDPs) across the country under United Nations Protection and millions of refugees in the neighboring countries?

I hope the dissolution of the National Congress Party (NCP) will send a strong signal to the SPLM leaders across the country as well as around the world. Time has come for them to plan for the early flights or plan for the late fights before the people of South Sudan. It is about the time before things in South Sudan blow up and all this corruption stops.

The whole world has seen such behaviors and many lost hope that good days will never be seen again but everybody saw it in the northern Africa Nations. The thunderstorm of political climate is shifting from the north to southeast hoping the OYEES are ready to defend the crimes their comrades committed.

Until today, nobody believes that one day the NCP leaders will be ousted by the very people they have oppressed for the last 30 years which of it resulted in the separation of South Sudan. Now, South Sudan has a lot of homework to do since they couldn’t do classwork before things fall apart.

SPLM Party’s leaders and members shouldn’t ignore the calls and the advice which can turn into a tornado that can destroy and finally the floods can awash the hard-fought history. No matter how much will be paid to T.B. Joshua will not help since he couldn’t prevent his Church from collapsed which killed 115 people or even able to help identify the location of the school girl kidnap by Boko Haram.

Omar Al Bashir with millions of euros/dollars/pounds on bedsheet couldn’t prevent himself from been ousted and finally imprisoned. Al Bashir, the most hypocrites leader who ruled Sudan under Sharia Islamic Laws was found with hundreds of bottles of assorted alcoholic beverages in Presidential Palace which indicated that Al Bashir was been ruling Sudanese people while intoxicated. The whole Muslim world was shocked when a man who always acted as a very devoted Muslim who was not permitted to take alcohol in accordance with the dictates of Islam.

The only country president remains a friend to South Sudan president is the Southern neighbor who is a leader is standing-sitting uncomfortable standing-sitting instead of sitting comfortably. The young red hats boys or the ‘Red Wine’ or ‘Bobi Wine’ groups are willing to oust him by any means possible.

Where Rebecca Nyandeng Garang's report on SPM Political Bureau reorganization (eyeradio.org)? Why the SPLM Political Bureau Committee facts finding submitted to the Party Chairman, Salva Kiir not been made publicly? An insider who was part of the review said ‘SPLM was already a dead alive. Nobody wanted SPLM anymore due to what the SPLM’s leaders caused to the country because of their political bureau tribal division.

In the entire Equatoria, nobody wanted to see Nyandeng during her review as she was a party to the conflict and so when did she become part of the government? Many believe she was just like any other opportunist who doesn’t care about the poor people as she was well aware of what her husband did during the civil war. On the other hand, many believe Nyandeng was used by Kiir’s Bahr el Ghazal to unite and bring Dinka Bor and Nuer back and mobilize women to support SPLM.

The reports were said not to be made public as it will damage the SPLM images as it was already unpopular and on the verge of collapse. Nyandeng didn’t elaborate or give a summary of the content of the report as supposed to be or otherwise, they were no reason for the public appointment for the committee instead should have kept secret. On the other report, SPLM Secretary for Information, Peter Lam Both said the report was confidential and directed only to the party Chairman. What confidentiality? Everybody knows that SPLM’s party is known to be the most corrupted and its leaders are known for killing and land grabbing. What else are they hiding from the public if everything is known worldwide?

SPLM is repeating the same tribal practices which resulted in its collapse before those of Gen. Thomas Cirillo rescued it and later conducted the first National Convention in Chukudum in 1992 since its inception.

Today, how many SPLM parties or branches are there in South Sudan apart from the two or more in North Sudan?

Now Omar Al Bashir is gone and his NCP is dismantled, will Salva Kiir follow and SPLM to be dismantled?

I will stop here!

The author Lino Yobwan can be reach via medial: Lino.Yobwan@gmail.com