Skip to main content
Toggle navigation
Home News Opinion | The Thorny Ten Years in Independence: when is the remedial?
BY MAKAK GILE - 6 Jul 2021

Opinion | The Thorny Ten Years in Independence: when is the remedial? 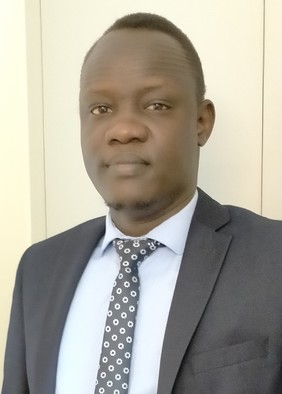 The 9th July 2021 is marking the tenth anniversary of South Sudan Independence. This moment reminded us that, from the Independent period, hope was so much higher than ever. South Sudanese people were projecting a bright future of harmony, enabling economic system, political, religious, and cultural freedoms. I could still memorize well that, many people shed tears and others fainted with emotions during the independence celebration on 9th July 2011.

There were two feelings of happiness and sadness at the same time, simply because of the far liberation cost and for the thought in the long run that there would be no more suffering – peaceful co-existence and establishment of democratic institutions to modify the provision of the public goods.

However, the excruciating nightmare after independence started on 15 December 2013, in which hopes and expectations aborted raw. The event produced immense blowup with huge social costs where lawlessness and fragile living across the country induced. Poverty rocked up and with a lack of enough food production, life becomes a famine-like lifestyle.

Cattle violence bellowed, diseases increasingly eating souls, hate speech televised and ethnic hatred becomes a norm. Not mentioning unemployment, corruption perceive as a privilege, gender violence grew into pride, child abductions and forced marriage practices praised, and illiteracy and healthcare issues remain unattended for. Through all these phenomena in the past years in an independent state, social fabric and political spirits fragmented.

In 2020, pleasingly, it feels like a nightmare to many that, the Presidency and other political Stakeholders in a new formed revitalized government, burnished their foot-wears and fastened ties, trying to hold off the individualized bitterness for the sake of setting off a political conflict in the country. For them, it's called a recommitting to the Revitalized Agreement for the Resolution of Conflict in South Sudan signed in 2018.

In a glimpse, despite the tortoise walk of the accord, South Sudanese populations are only following, appreciating the gesture but with doubt. Importantly, there may be hope if the presidency continues gaining more confidence among themselves, a motion to laurels their 2018 inks. The thorny ten years in independence should mark the beginning of the alternative. A mere inquiry should be, What would peace look like without correcting the past and without justice? where are the constitution, security arrangement, and reconciliation commission? When is the hybrid court formed? The answers to these questions are expected to be answered, by the peace stakeholders.

Out of sorts, ones not only discontented about the form of sweat a country going through, but, also the uncaring leaning that is prevailing, and observed through the personalities of elites – those who led and fought against the marginalization – for the better future, are found to be hard to forgive, reconcile, develop, or cooperatively project a political will to meet the people’s expectations. The challenges could be the same, truly that, the conflict created coiled internal harm on every person. The hopes of those lamented souls throughout the past ten years need immediate healing. This could be realized only through the smooth, speed, and faithful implementation of the peace agreement.

Therefore, people of South Sudan, still crossed figures, sensing the road political leaders want to take, particularly at this time where peace document is on their table for implementation. Critical institutions are not yet to be operationalized, such as security arrangement, the constitution-making process, and the creation of the truth and reconciliation commission so that to promote national unity. Hopefully, the sooner formation of these bodies would not only promote reconciliation, but also the observation of a human rights culture where violations of rights are prevented from reoccurring. This making should mean achieving reconciliation and justice.

The writer is a South Sudanese Postgraduate student at the University of Padua, Italy. He can be reached via email: makakgile@gmail.com.