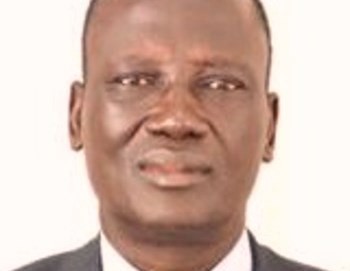 13th of December 2018 at the Heritage Foundation, Washington, D.C. outlining the Trump administration's new Africa Strategy. He pointed out the fact that it was achieved two years earlier in comparison to the previous administration that took much longer to come up with a strategy toward the continent. While commending the new administration for being more proactive in that regard, it's crucial that it builds on the positives of its predecessor and learn from the numerous flaws that marked that policy. Reading through the speech, one could sum it up in 4 objectives that the whole strategy revolves around:

Firstly - the promotion of U.S. trade and investment across the African continent. It's clear that the Trump administration would not sit watching while other world powers are flocking to Africa to tap into its vast natural resources. Being a pragmatic person and someone who understands the markets and the world economy, President Trump's administration would certainly not shy away from competing for those very resources targeted by countries like China and Russia.

Secondly - A robust anti-terrorism policy in collaboration with its allies while using its existing military and intelligence assets in the continent. Despite the numerous successes against Al Qaida, Boko Haram, and Al-Shabaab that had rendered them ineffective - they still pose a significant threat to the world in general and American citizens and interests in particular.

It's expected that President Trump's anti-terror approach would be more comprehensive and robust than the one of the previous administration. Hence, it's likely that the U.S. would take the war to the terrorists in their hideouts. Of course, it's good for Africa as ridding the continent of the likes of the aforementioned terrorist organisations would promote economic growth and investment. It would also enhance peace and stability in many African countries.

This approach would undoubtedly win the approval of many people in Africa. It's not a secret that a large chunk of the funds for relief operations are spent on entities other than the people meant to be helped. Corruption is rampant wherever humanitarian relief operations take place in Africa. One of the examples was displayed early in the year when 300,000 ghost refugees were unearthed in Uganda.

Similarly, the funds from individual governments or the international organisations that reach the government of South Sudan often end up in the pockets of the corrupt elites. Ghost employees and ghost soldiers are commonplace in South Sudan. A culture of corruption had flourished and entrenched itself in many African countries including South Sudan. It's the monster impeding development and progress on the African continent. Fighting it would require standing firm behind financial accountability, the upholding of the rule of law, and assisting in the establishment of governments of institutions.

Fourthly - Counteracting the Chinese and Russian economic and political "offensive" to gain dominance over the African continent. Ambassador John Bolton brought up the case of Zambia as an example where the Chinese have established a strong foothold. It would undeniably compromise the sovereignty of that country.

South Sudan is not far away from the Zambian case, and the trajectory is undoubtedly moving in that direction. It's unclear how much China owns in our oil sector, but it's believed to be substantial. The New Year would see China starting the construction of the Juba - Torit - Nadapal road that would be linked to the highways in Kenya. It's mostly funded by the State-owned Export-Import Bank of China (Exim Bank) which brings the issue of ownership to the forefront. Would South Sudan face something similar to what happened to the Zambian national power and utility company? It's not a long shot to think of such a scenario. The government already owes China vast amounts of money in loans that are undisclosed to the public.

John Bolton's speech gives a hint of what the blueprint of the policy would look like. But one of the routine policy themes was left out from the Ambassador's speech. Contrary to previous U.S administrations, there is no mention of the promotion of democracy on the continent. Surprisingly, the word democracy is nowhere to be found in John Bolton's speech. I think the omission is deliberate and significant.

The U.S. is the leader of the free world and had been supporting democratic transformation across the globe for over half a century. Dissemination of democratic values and the establishment of democratic governments had been a cornerstone of its foreign policy.

Would Africa be an exception to that longstanding policy?  Does it mean the U.S. is now ready to do business with any regime in Africa if it meets the above objectives regardless of being a democratic government or not, or committing human rights abuses or not?  Should that be the case, namely the U.S support for democracy had waned in pursuit of economic interests, then the optimism that had arisen by John Bolton's speech would prove to be misplaced.

Here is an excerpt from the Ambassador's speech. [To expand our economic relationships in the region, we are developing a new initiative called "Prosper Africa," which will support U.S investment across the continent, grow Africa's middle class, and improve the overall business climate in the region.]

Many would welcome the new U.S initiative as the continent is lagging in all fields of economic growth and investment. South Sudan has got massive untapped natural resources that would be attractive to American investors. The focus is more on the oil and the gold reserves while other rich resources remain unknown to investors. The gum Arabica, timber, the massive agricultural potentials and animal husbandry are a few to mention.

However, one would have expected Ambassador John Bolton to talk more about encouraging and giving support to democratic governments and perhaps render a midwifery service to emerging democracies on the continent. Such an approach would furnish a win-win situation for America and Africa's middle class. It sounds quite far-fetched to seek the growth of Africa's middle class in an environment dominated by dictatorships and riddled with corruption and human rights abuses.

For the economy to grow and flourish while the middle class expands, a democratic atmosphere with unrestricted civil liberties has to prevail across the continent. It's the medium that would ensure the free flow of information, job creation, and movement of individuals and goods which are the prerequisites of real economic growth.

In the case of South Sudan, the middle class is under siege where the freedom of speech and other forms of expression are non-existent. Civil liberties are severely curtailed. The only election carried out was before independence in October 2010 which makes the regime in Juba a de facto government that lacks legitimacy.  Without getting rid of the dictators and the kleptocrats - Africa would continue to have the smallest middle class in the world while African countries remain at the top of the list of the poorest countries on planet Earth.

The past century was marked by the democratic West indulging in controversial and destructive policies toward Africa. Some of them that are pursued up to this day are hypocritical. We have seen the West propping up dictatorial regimes that possessed the worst human rights records worldwide.  Amnesty International would certainly attest to the fact that the situation hasn't changed much. Hence, without a clear policy against dictatorships and lawlessness, the U.S new initiative stands little chance for bringing about sweeping reforms.

Does South Sudan need foreign aid? The answer is; we certainly needed help in the years leading to independence, precisely between 2005 and 2010. Indeed the international community, mainly the U.S had been very generous in helping our country. However, dependence on foreign aid should have ceased and not continue beyond those years.

The citizens and the international community expected the young nation to emerge as one of the stable and economically prosperous countries of the region. That optimism wasn't baseless. When a State possesses that kind of resources, a good number of technocrats, no loans, and support from friends including superpowers, then what on earth could go wrong?! In the presence of able and responsible leadership, nothing would go wrong. But somehow the SPLM party contrary to all expectations led the country into the current predicament.

The "Prosper Africa" initiative would not be anything near the Marshall plan in Europe after the second world war. However, the Ambassador indicated that they would look into the foundational basis of the Marshall plan and perhaps use that experience in developing and executing the new initiative.

"Prosper Africa" would face a formidable hurdle that was not encountered by the Marshall plan. Democracy and the upholding of the rule of law are the prerequisites of economic prosperity. The quick revival of Germany and Japan wouldn't have happened without democratic reforms. A democratic government was established in Germany post the second world war that executed the Marshall plan and built the country from rubble. Similar changes in the political system took place in Japan after the second world war that ushered in a new era of economic growth and prosperity.

In contrast, the former Soviet Union with its massive stockpiles of nukes succumbed to the wrath of economic dynamics and realities. Even China had to abandon its strict communist ideology and adopt democratic principles. The living example is North Korea that has one of the formidable armies in the world, yet is very often threatened by famine and economic bankruptcy.

The odds are that President Trump's African initiative would require a wave of democratic transformation across the continent before it could bear fruits. It's unrealistic and unachievable without realising those changes beforehand. Apart from less than a handful of countries, there are no real democracies on the continent. The kleptocrats, the dictators, and the Presidents for life have hijacked Africa. But there are glimmers of hope in Tanzania on the east coast, Ghana on the west coast, and Ethiopia in the Horn of Africa.

The best shot for the Trump administration to make "Prosper Africa" succeed is not to support or tolerate the dictatorial regimes on the continent but to keep the pressure on them while providing support for a large-scale democratic change.

The author can be reached at lako.jada@hotmail.com