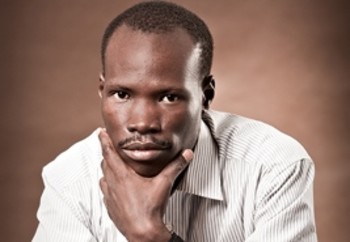 I have just come across an opinion piece on the Radio Tamazuj and South Tribune websites which purported to be a legal analysis and advice to the government and the President of the Republic of South Sudan regarding the legal status of Juba City. The article is titled Juba City Council: Where does it fall between the State and National Government?

In the article, the author, Mr. Beny Gideon Mabor insufficiently motivated his central idea that the issue of  who has jurisdiction over Juba City is resolved through articles 50(4), 166(1)(2) of the Transitional Constitution of the Republic of South Sudan read together with provisions of section 15 of the Local Government Act, 2009. Mr. Mabor concluded that the president must take over the control of Juba City as a national capital territory.

This short article serves to correct that error on the face of the record. Mr. Mabor erred in his analysis in four ways. Firstly, Mr. Mabor failed to take into context the historical genesis and legacy of federalism in South Sudan. Secondly, he failed to consider the government policy of taking towns to the people. Thirdly, Mr. Mabor framed his legal issues incorrectly. Lastly, national interest consideration was lucking in Mr. Mabor’s advice.

Jurisprudential theories like those of Hart and Dworkin offer accounts of how the content of the law is determined at the fundamental level. The content of the law is determined by the basic facts. Point of law is a question that must be answered by applying relevant legal principles to interpretation of the law. The conclusion reached must be answered by reference to facts and evidence as well as inferences arising from those facts.

Juba City as the Capital of Jubek states proceeded any government immemorial. Whether be that of Ottomans; the British Colonialists or the successive Khartoum rulers. The City has always been and must always remain the capital and the administrative centre of Jubek State.

The great city of Juba owns its name to Chief Jubek.  It is the birthplace and the home village of Chief Jubek. It has been common to courts of kings, rulers and governments across England; Egypt; Turkey and Northern governments that Juba is the seat of government and the capital of the Jubek people. It would therefore be an affront to common sense for any court if it were not to follow that precedent. The taking over of Juba City by the national government will not serve any national interest. It would be contrary to the government’s policy of talking the towns to the people. There is no good in taking the towns away from the people.

The legal issue of whether it is the national government or the state government which has the governing authority over Juba City requires making crucial distinction between linguistic meaning and the content of the law. The primary goal of judges, lawyers, and other legal interpreters is to figure out what the law is, not what the meanings of the legal texts are. Working out the meanings of legal texts is just one important means to the end of ascertaining the law.

Mr. Mabor is right in that whether Juba City is both the capita and seat of government of South Sudan requires testing the meaning and application of the South Sudan Constitution. It’s hard to tell the legal standards of South Sudan. Nevertheless, whether the system the Judges in the High Court use is purposivism, textualist, intentionalism or another method is a legal question to be answered by the nation’s sources of law — and, in the end, by the appropriate theory of jurisprudence. Legal interpretation seeks to ascertain the content of the law, a method of legal interpretation is correct if it accurately identifies the legal facts. The facts provided above are what Mr. Mabor missed in his analysis.

Part four of the Interim Constitution of the Republic of the South Sudan is not ahead of power or law-making powers of the executive or the national government. Part four contains provisions for the establishment of the national government. The executive heads of power are to be found in Schedules (A) (55); (C) (D) and (E) of the interim constitution.  The section relevant to the issue is to be found in clause (55) of Schedules A.

Mabor erroneously applied sections 166 (1) in his analysis. A statute’s contribution to the law is determined by the legal intention. Section 166 (1) deals with traditional authority. Its sole aim is to recognise and regulate the various traditional authorities that operate in South Sudan. It is a well acknowledged and accepted fact that traditional authority in South Sudan precedes both the old and modern South Sudan nation State. What s166 (1) does is to confine the exercise of that authority within the confines of the current national & state constitutions including current laws of the nation.

166 (1) therefore has no legal application in deciding the jurisdiction over the City of Juba. Likewise, s15 of the Local Government Act, 2009 has no legal application in relation to the issue of the status of Juba. The section is an enabling provision for the establishment of local governments. The provisions are to be read together with all of the other previsions in section 173 of the interim constitution. The correct holding to be given to the section that is there are three tiers of local government in South Sudan.

The proper course of action for the current or any incoming government is to instead expedite the building and relocation of the national capital to Ramciel. The site of Ramciel was selected for the location of the nation's capital By Dr. John Garang and others as a compromise between rivals Wau, Malakal, Rumbek; Juba and Bor. Its advantages are endless, being an entirely planned city outside of any state, similar to Canberra in Australia, Brasília in Brazil or Washington, D.C. in the United States.

The author, Mr. Moses Nyara  can be reached via: nyara007@hotmail.com. Disclaimer: the views are solely mine and do not represent any institution or government.

Opinion: Juba City Council: Where does it fall between the State and National Government?