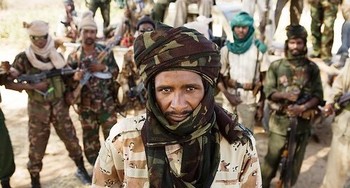 The massacre in cold blood that took place in front of the Sudanese Military Headquarters in Khartoum stunned the Sudanese people and the world at large. As tensions mounted between the Transitional Military Council (TMC) and the sit-inners, people expected in the worst case scenario for the authorities to disperse the gathering using riot police methods.

Such methods usually involve the use of tear gas, water cannons, rubber Bullets, and sticks. Alas! Instead, the sounds of gunfire broke the relative quietness of the morning hours of Monday the 3rd. of June 2019, which was 29 days into the fasting of Ramadan. Instantly, the screams of the injured and those calling for help and ambulance service rose from the vicinity of the sit-in before the Military headquarters. Many sit-inners exhibited courage and bravery as they continued to carry their injured colleagues under gunfire.

Whoever issued the order to shoot to kill the sit-inners displayed the highest degree of brutality and total disregard for human life. We note that a few days before the incidence, General Mohammed Hamdan Daglo (Hemedti), the commander of the Rapid Support Force (RSF), emphasized the need to call off the on-going sit-in and remove the barricades from the roads. Also, the video clip of this tragic incident that was shown on Aljazeera TV revealed the attackers in the distinctive uniforms of the RSF.

Deposed President Omar Al Bashir formed the RSF from the infamous Janjaweed Arab Militia that terrorized the non-Arab communities in Darfur over the past few decades. In essence, the RSF is the Janjaweed itself. Its leader, Hemedti, was a camel trader before becoming a Janjaweed warlord. His rise in power was remarkable thanks to Ex-President Omar Al Bashir who elevated him to the rank of Lt. General and opening the door for him to play a national role.

The name Janjaweed has become familiar over the past decade or so particularly whenever genocide is mentioned. It gained notoriety following the Darfur massacres where hundreds of thousands of civilians lost their lives in wanton killings. They are accused of crimes against humanity, rape, forced transfer of civilians, and torture. Two of the Janjaweed leaders are indicted by the International Criminal Court (ICC) at The Hague but haven't been apprehended yet. The ICC is seeking to prosecute the tribal leader Musa Hilal and the Janjaweed commander Ali Khushayb for whom an arrest warrant has been issued. Musa Hilal has worked closely with General Hemedti (his cousin) under President Omar Al Bashir direct control. But a fall out between the President and Hemedti on one side and Musa Hilal on the other led to Hemedti attacking Musa Hilal's stronghold in Mustariyha in Northern Darfur State with the total defeat of Hilal's forces. Musa Hilal ended up being flown in chains to Khartoum.

The analogy between the Janjaweed and Mathiang Anyoor involves many aspects of their compositions and activities. They are both tribal militias formed from one ethnicity in each case. The Janjaweed are members of the Arab nomadic tribes that inhabit Darfur, North and West Kordofan. Some of the Janjaweed members came from places as far as Chad, Mali, Cameroon, and Niger. As for the Mathiang Anyoor, they hail from the Jieng ethnic group of Bahr Al Ghazal particularly from Warrap and Northern Bahr Al Ghazal States.

The Janjaweed and the Mathiang Anyoor are both used to consolidate the power of their respective Presidents and to crush any opposition against them. Ex-President Omar Al Bashir was unsure of the loyalty of the Sudanese Armed Forces (SAF) towards his regime; thus, he established the RSF and strengthened it at the expense of the SAF.

In the case of President Kiir, he wouldn't trust forces from other ethnicities to back him up in implementing the policies that were laid down by the Jieng Council of elders (JCE).  There hasn't been any recruitment into the army nor the other security sectors from communities other than the Jieng community. Those recruits (Mathiang Anyoor) together with some units of the Sudan People's Liberation Movement (SPLA) were the ones used to execute the massacre of the Nuer Civilians in Juba on December 15, 2013. The horrific crimes committed by the Mathiang Anyoor in the greater Equatoria States and Western Bahr Ghazal State are comparable to the heinous crimes committed by the Janjaweed in Darfur.

At any rate, the policies of exclusivity and purging those purported to be disloyal to the regime yielded a tribal army and security sector in South Sudan under full control of President Kiir. Even at the time when he's expected to implement the so-called Revitalised Agreement on the Resolution of Conflict in South Sudan (R-ARCSS) in spirit and letter - he travels to Warrap, his home State to recruit yet another batch of thousands of Mathiang Anyoor militia. For those who thought the R-ARCSS would lead to the establishment of a national army, I would say; think again!

In Sudan, the above policies led to the RSF, seemingly assuming the role of the SAF with full loyalty to President Al Bashir and the National Congress Party (NCP). But underneath the portrayal of the RSF as a national institution lies the ugly face of racial prejudices, persecution, and marginalization of those from the Nuba Mountains, the Blue Nile area, and Darfur.

The fundamental question is; where would all these unwise policies lead the two countries? Of course, the situation is rapidly changing in Sudan after the fall of President Al Bashir. But the remnants of his regime are working day and night to hijack the Sudanese People's revolution and maintain the status quo. The policies of marginalization of some communities and unequal wealth sharing would not lead to unity and prosperity in Sudan. It would instead push the disenfranchised communities to follow the same path that led to the secession of South Sudan. The Sudanese revolution is probably the last chance for Sudan to save itself from utter destruction and chaos.

It appears some influential politicians in South Sudan need to learn from history lessons. South Sudan is a multiethnic and multicultural country. It can only survive in a political system that ensures unity in diversity while safeguarding the rights of all the communities no matter how small or large they are. At present, South Sudan is a nation in evolution. It needs leadership that builds bridges between communities while ensuring inclusivity and justice for all the people. Well, the regime in Juba is doing just the contrary. Topping the list of the world's Failed States and the second position on the list of the most corrupt countries on the planet seem not to bother President Kiir and his clique.

I wonder whether they intentionally want South Sudan to falter as a nation. This notion becomes relevant when you consider the Dinka Development Plan (DDP) that was unearthed a few years ago. In their fantasy, which is full of tribal chauvinism, the JCE envisaged the Jieng ruling South Sudan for 200 years under Jieng culture. Well, well, well! How would they do it in the presence of the other 63 ethnicities that have got cultures of their own?!

Even the colonialists never came up with such bizarre ideas. We know for a fact that they did help one way or another in the promotion and preservation of our cultures, including the Jieng Culture. For example, the colonialists are the ones who transformed our languages, including the Jieng language from only spoken languages into written ones. They never interfered with our cultural heritage to any significant degree. One can conclude that the regime in Juba is on a path that does not lead to nation building but instead to the dismantling of its very foundations.

The author, Lotole Lo Luri can be reached via email:  lo.luri007@gmail.com