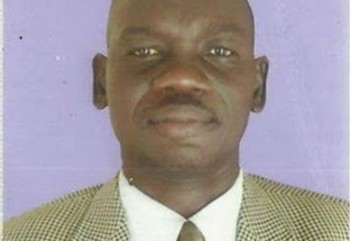 Leadership commitment is very important in a war-torn country like South Sudan. When a country wants to change, it needs an honest leader who is committed to his vision. But he cannot do it alone; he can do it with accompaniment of the other stakeholders, for this matter, the political opponents.

Uhuru Kenyatta, the leader of Kenyan people has demonstrated a very good leadership example for the sitting African leaders to embrace the meaning of what a committed leader is for his people and country. It was Uhuru Kenyatta who humbled himself and went to meet Raila Odinga to show a peaceful hand. Raila Odinga, on the other hand has demonstrated a caring heart an opposition leader should have for his country and people to allow the country moves forward. He did not refuse to shake hand with his political opponent Uhuru Kenyatta to bring their political fissure to an end, he swallowed his pride and arrogance for the interest of Kenyans to enable peace and prosperity reign in Kenya. President Uhuru realized that he needs Raila Odinga so that they can unite to take the country forward, and Raila Odinga likewise has the same feeling.

Leaders should always think about the interests of the people they serve other than sticking to their personal interests. Starkness in ideological difference will always be an obstacle for political leaders to reach to compromise but to relentless defense and stance of their ideologies. The political leaders need to have eyes of eagles to see clearly the deeper things that are buried in mud as they soar higher in the sky. One of the issues that put a leader to starkness is ideology of those who are holding to a savage believe that they should remain in power forever. This savage believe makes them to defend their seats other than defending the people and the country.

President Salva Kiir Mayardit needs to demonstrate what Uhuru Kenyatta and Raila Odinga have done to their people for people of South Sudan to see peace. And this can only be possible when he lowers himself down and swallows his pride to handshake with all armed group leaders. It is not just enough to show a crocodile’s tears pretense of handshake between Kiir-Riek; it should bring together a comprehensive shaking of hands between all political opponents who took up arms to rebel against President Salva Kiir Mayardit. These opposition leaders should include Gen. Paul Malong Awan, Pagan Amum Okiech, Dr. Lam Akol, Gen. Thomas Cirilo, Gen. Joseph Bangasi Bakosoro, Gen. Peter Gatdet Yak Hon. Gabriel Changson chang, Dr. Hakim Dario, Bapiny Monytuil, Costello Garang Ring, and Dr. Gatwech K. Thich. All these people and their followers have thorns in their hearts which need genuine handshaking by President Kiir. Their handshake would lay down a comprehensive framework for dialogue that is capable to bring lasting peace in the country. This is a true meaning of nationalism and patriotism. You cannot remove some thorns out of your body while leaving other thorns to continue pricking your body because it will lead to cancer wound. President Kiir should drop his narrow believe that he wanted to treat Gen. Paul Malong as a mere son of Bahr el Ghazal with whom he can just have a side dish meeting and lure him to his side. No, General Malong is more than a Bahr el Ghazal son, he is a national figure and his movement is national in character. He should be treated like the other political armed leaders.

The Khartoum-Kampala handshake is trying to accommodate the other political opponents except Gen. Paul Malong Awan, the leader of the South Sudan United Front and Army (SSUF/A. But will that peace yield fruits by excluding other political armed groups in the country? What is the meaning of inclusivity by exercising exclusivity? Who is a devil here, is it the person who is seeking peace process or the one who is excluding others from the peace talks?

For a genuine peace to happen in the country, let President Salva Kiir Mayardit drop his starkness, and have a genuine heart of reconciliation like that of Uhuru Kenyatta, who lowered himself down, to meet the opposition leader Raila Odinga to reconcile with him for the sake of Kenyans and for the sake of the country of Kenya. That is what it takes to be a leader of the people. Uhuru Kenyatta and Raila Odinga will remain great symbols of peace and stability in Africa. The two leaders have entered into the annals of great African Leaders whose hearts are after their people and their country. A leader like Salva Kiir Mayardit will be reckoned as a profligate leader. South Sudan doesn’t need a profligate leader, but a leader who is after the heart of the people. It needs a leader who is visionary, honest and humble who can sacrifice his interest for the sake of the people and the country like Uhuru and Raila Odinga.

The author can be reach at warun1maring@gmail.com