Opinion: The embodiment of blackness 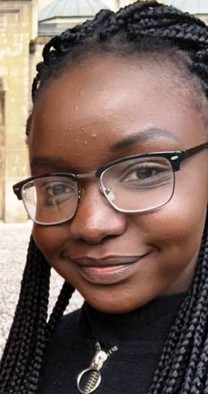 To strip your skin and rid yourself of blackness is an embodiment of what it means to be black in this world. I know many friends, cousins, mothers and aunties who are so uncomfortable in their own skin that they risked getting skin cancer, mercury poisoning and skin disfiguration, just to appear lighter in colour.

While ducking from Queensland’s sweltering heat in my community library, I was floored when I came across a Vogue Canada issue with Alek Wek gracing the front page. Her dark skin tone and sharp cheek bones stood out against the lighter tan background. She posed proudly while showcasing her slicked afro-kinky hair with a soft white flower placed lightly behind one ear eloquently titled ‘Hard and Soft’. As one of the first supermodels with a deep dark skin tone to garner international success, many have praised her story for flourishing in an industry that conformed to a ‘Caucasian aesthetic’. Oprah Winfrey and Lupita N’yongo both singled out Wek as being in the forefront of shifting ideals of beauty not only in the western world but also within black communities where dark skin tones were also deemed unattractive.

Delving deeper than just skin tone, my fascination over the model grew when I found out that, not only was she a South Sudanese refugee such as myself, but we also shared the same tribe, Dinka, and her name had an identical meaning (black and white spotted cow) to my own. Amongst teenage Sudanese girls, it was almost a pass of right to be told ‘you should model’ by non-black peers, which I ultimately thank Alek for. While I’m fully aware of the various ethnic groups in South Sudan with multi-diverse physical characteristics, South Sudanese people are widely known for having deep dark skin tones, with short kinky hair and tall bodies. Amidst mass immigration to the western world after the second civil war, South Sudanese models such as Alek Wek were pivotal in pushing these characteristics into high fashion as opposed to being dubbed as ‘lanky’ and ‘frightening’ in everyday society.

While Alek’s efforts, considerably in the fashion industry, has been fundamental in addressing lack or representation in terms of beauty ideals there are still massive strides to be made to accepting dark skin as being beautiful. Models such as Adut Akech who was awarded model of the year by the industry and Duckie Thot who posed alongside Rihanna for Fenty Beauty and walked for the Victoria Secret Fashion Show, as well as countless other dark-skin models have been widely celebrated for their contributions to fashion and beauty. Despite this social change however there is still a steady incline in the sale of skin-bleaching products.

A new trend has emerged dubbed ‘subtle-bleaching’ where young people bleach to become 2 shades lighter as opposed to previous techniques, which had drastic transformation, e.g. Michael Jackson. This form of bleaching is connected to the influence of social media with filters that ‘slightly’ lighten your skin providing young people with an idea of what they would look like if they were a little bit lighter. Makeup foundations for deep dark skin tones are also rare, so lightening your skin means more access to makeup. There is, however, a push from beauty influencers urging makeup companies to create a wider variety of shades. Alongside the popularisation of wigs amongst a ‘natural hair revolution’ there are still deep inherent anti-blackness omnipresent within our community. With that being said, there has to be greater efforts into gaining the reasoning and understanding of these endemic issues. Black women are often ridiculed for bleaching their skin or wearing silky textured hair whereas even in my own personal experience, having makeup that made me appear lighter and having straight hair meant people were less likely to assume stereotypes and stigmas.

With no conclusive knowledge on how to address such a sensitive topic to a relatively vulnerable group whose end goal is to just fit in, this is just the beginning to a fight black women have been battling with for years. With such a large push from dark-skin models I’m hopeful that the representation of these Sudanese models will deter others from reaching a point where bleaching is an option. With that being said I give nothing but sympathy and understanding to the black women who decided to bleach because having to prove that you are beautiful to yourself and to society everyday is emotionally taxing. It saddens me that these women feel so unattractive, insecure and isolated, that stripping layers of their own skin to fit into a mould unattainable to them seemed to be the only answer.