Opinion: The conflict and the peace agreement from President Kiir's perspective 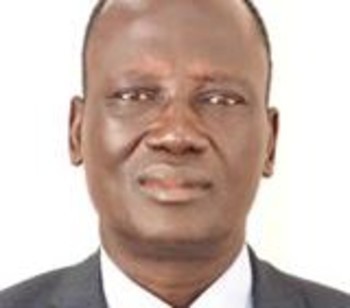 Jeff Koinange of the Kenyan Citizen's TV, interviewed President Salva Kiir in Juba a couple of weeks ago where he discussed many issues at the core of the conflict in South Sudan. It was a rare opportunity to know how the President thinks about the past, the present, and the future of war and peace in the Republic of South Sudan. Mr Koinange did ask bold and direct questions that put the President on the spot and made many understand Kiir's intentions, convictions, and resolve.

The coup d'état narrative of the events in December 2013 that had been widely discredited by the citizens, the observers, and the international community is still being entertained by President Kiir and his regime in Juba. As we know; the Troika group of countries didn't buy that narrative - a view shared by many in the region let alone the world at large. There were even some individuals within Kiir's government at the time who didn't believe the narrative mentioned above. General Mac Paul, the Director of Military Intelligence then stated during the trial of the political detainees, that he was not aware of any coup being plotted. What he said was reinforced by Dr Lam Akol's account in the African Union Commission of Inquiry on South Sudan (AUCISS) report. The veteran political leader asserted that no General would plot a coup and then go to sleep at his home at the zero hours. He was referring to General Oyay Deng Ajak and others who were collected from their homes and held in detention. I don't see how any reasonable person could challenge such an argument. But the government's narrative was dealt a massive discrediting blow by none other than President Museveni of Uganda, Kiir's main ally in the region. The Ugandan President rejected the claim that what took place in Juba in December 2013 was a coup that was foiled by the government of South Sudan.

One could argue that continuing to accuse Dr Riek Machar of a non-existent coup would only exacerbate the environment of mistrust and create more hurdles in the way of the so-called Revitalised Agreement on the Resolution of Conflict in the Republic of South Sudan (R-ARCSS).

Kiir continues to distance himself from any responsibility regarding the December 2013 massacre and the J1 shooting in July 2016. He claims that he protected and saved Dr Riek Machar from getting killed. But he failed to explain who was responsible for issuing the orders for those forces to start the fight in Giyaada in December 2013. The same applies to the shooting at J1 in July 2016. If a rogue General or a group of Generals were behind those events, then the South Sudanese people deserve to know who were the culprits. Their acts resulted in a brutal civil war with untold civilian suffering. In such a situation the public would not expect anything less than full accountability.

The narrative by Kiir's supporters that it was another coup attempt by Dr Riek Machar is ludicrous. The fact that he was invited to that meeting at J1 demolishes that claim because it clearly showed he had no control over the events on that day. Kiir's declaration of his readiness to go to the International Criminal Court (ICC) if required is to be viewed as a positive development if he's to be believed.

The following is what President Kiir told Jeff Koinange regarding facing charges of war crimes at the ICC. "I am not afraid because I did nothing. If there is such a charge, I am ready to go there, and I will come back a free man because I did nothing". Kiir's response was disingenuous as it implied he wasn't responsible for what has been taking place since December 2013. I remember Riek Machar once said in an interview that he couldn't even kill a fly. Both leaders are neither accepting the responsibility of the catastrophic events nor telling us which entity bears it. What each of the two said is at odds with what the citizens expect from their leaders. As much as a leader is entitled to claim and propagate the successes of his/her government, political party, or Movement - he /she should be ready to bear the responsibility of its shortcomings.

It brings me to the analogy of what the late President of Iraq, Saddam Hussein al-Tikriti said during his trial in Bagdad. Saddam Hussein was a brutal dictator who slaughtered hundreds of thousands of the Iraqi people. Regardless of the crimes he committed against his citizens, what he said defines leadership regarding responsibility. Saddam accepted responsibility for all the decisions and all the documents that bore his signatures. He further added that some of his subordinates or even some citizens might try to incriminate him to save themselves from severe sentences. He accepted the responsibility of whatever they said provided the allegations were devoid of smearing of his reputation and dignity. The gist of the matter is that real leaders don't shy away from responsibility. The atrocities that were committed in Iraq under Saddam's rule were not much different from what took place in South Sudan under the watch of Salva Kiir and Riek Machar. The difference though lies in the fact that Saddam Hussein didn't deny responsibility for his acts.

There were no kind words from Kiir to his previous foe and designated partner in the so-called R-ARCSS. Firstly, and while referring to the July 2016 events, Kiir said he saved Riek Machar's life although the latter ran and walked all the way to the Democratic Republic of Congo (DRC); and that Riek Machar was running away from his own shadow. Here is also another attempt by Kiir to distance himself from any wrong-doing. But the South Sudanese people have known the truth straight from the horse's mouth.  Kiir's Presidential Spokesman, Ateny Wek Ateny, stated that a budget of 5 million US Dollars was given to General Paul Malong, the Chief of Staff of the SPLA then to kill Riek Machar. Moreover, some locals were caught in the crossfire during the hot pursuit to the border with the DRC that included bombardment with helicopter gunships.

Secondly, Kiir said Riek Machar didn't have a choice but to sign the agreement. His answer, however, to the same question was that he didn't think he had no choice as he could have just continued the war. The reservations that he had regarding ARCSS 2015 that he signed reluctantly seems to have vanished. Ironically, there seems to be a switchover as it's now some members of the opposition who have reservations and opted not to sign the R-ARCSS. The difference between the two is that there was a consensus around ARCSS 2015 which is lacking in the R-ARCSS 2018. One could read numerous messages between the lines in Kiir's answers that tell us who is who in the so-called upcoming Transitional Government of National Unity (TGoNU). For those who think there will be a sort of collegial presidency, well, they are deceiving themselves. Kiir made it clear that he's the sole ruler in the upcoming TGoNU. The 5 Vice Presidents would have nothing more than ceremonial roles. The Presidential decrees would continue to be the order of the day as long as he remains in J1.

Thirdly, He stated that Riek Machar would not come with any troops to Juba because his security is guaranteed by Presidents, Bashir, Museveni, Kenyatta, and the Prime Minister of Ethiopia, Abiy Ahmed. He added that the army would go to the barracks while all the opposition forces would get cantoned. They would then be selected to join the national army after training. What Kiir said spells trouble because according to the Security Arrangements; the government and the opposition forces should both be cantoned. A selection process would then be undertaken to form a professional army from these forces. It's hoped that taking such steps would ensure inclusivity and equal representation of all the States and regions. Kiir appears to be backtracking on what was signed by the government by limiting cantonment and the rest of the package to the opposition forces. In the absence of full implementation of the security arrangements, the R-ARCSS would run the risk of unravelling.

Mr Koinange managed through a unique style in phrasing his questions, to get the President elaborate on issues he wouldn't have volunteered to dwell into of his own volition. Asked about what happens if the R-ARCSS fails, Kiir answer was the following - "I was told to do it by the planners who planned for this formula. If it fails, they will go back to the drawing board".

The South Sudanese people who watched the interview were not only amazed by Kiir's response but are having unanswered questions lingering in their minds. Who are these so-called planners? And why should the President of South Sudan be told to adhere to a formula presented to him by undisclosed entities? Has the President relinquished our sovereignty to the planners? Is South Sudan gradually being transformed into a protectorate as evidenced by the increasing influence of some of our neighbours in our internal affairs?

Those who love South Sudan now see their country getting entangled in the intricacies of regional politics where their national interests would be at great jeopardy. The so-called planners are seeking their benefits and would not care to suck the country dry of its natural resources.

Sustainable peace cannot just be empty words propagated by the regime. It requires more meaningful steps towards addressing the root causes of the conflict. Peace without justice would remain a short-term solution. The country would certainly revert to square one in the absence of a comprehensive solution that addresses the root causes of the conflict.

The author can be reached at lako.jada@hotmail.com