Opinion: The call for an inclusive participation in South Sudan governance 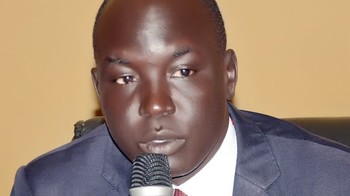 “A young man or woman who has good memory to keep stories can sit around the table with elders,” African proverb.

The Republic of South Sudan is the youngest member state of the community of nations. Equally important to note is that South Sudan immediately after independence in July 2011 and until date has ratified and acceded to a good number of international and regional economic communities (RECs) compared to other African nation-state during their independence at the time. This is a credible achievement and a show of commitment to the world order.

The RECs, include but not limited to East Africa Community (EAC), Inter-governmental Authority on Development (IGAD) International Conference on Great Lakes Region (ICGLR), and the Northern Corridor amongst others.

The implementation of the government programmes including web of geopolitical and multilateral obligations requires great deal of fresh minds, coupled with knowledge of ongoing technological advancements to achieve the objectives. However, majority of people possessing such skills are young people.

In South Sudan, the situation is really demanding for young people to be embodied in the management of state responsibility. The government under President Salva Kiir Mayardit has done this so far but need further attention to young people whose hand are clean and have good memory to keep stories in order for them to sit around the table with elders, by appointing them into the upcoming Transitional Government of National Unity and subsequently directed the State Governors to do the same at their states.

The biggest advantage of an inclusive participation of young people in governance is to contribute to sustaining peace, and preventing the outbreak, continuation, escalation and recurrence of violence as they are the players.

At global level, the Youth, Peace and Security Agenda, laid out in the UN Security Council Resolution 2250, and the Independent Progress Study on Youth, underlines the "capacity of youth to participate in meaningful peace building and nonviolent action in their communities and countries and highlights several recommendations on how to advance inclusion broadly and political participation in particular".

As member state to UN, I strongly advise the political leadership to implement youth agenda and recommendations contained in the study progress report at all levels.

Beny Gideon is South Sudanese human rights defender and this article does not represent position of any institution of government but purely the author. He can be reach via benygmabor@gmail.com