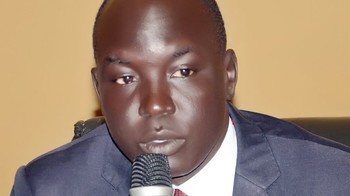 This policy brief is an analysis of the violent protest motivated by different actors against Sudan’s government which has successfully led to the ousting of President Omer Hassan Ahmed El Bashir on 11 April 2019. On 19 December 2018, a civil disorder broke out in the Eastern town of Atbara and increasingly spread to major towns including capital Khartoum. The civil disorder was initially caused by the rise of bread and fuel prices. In just two weeks, the end game of the persistent protest became obvious: the removal of long-serving president Omar Hassan Ahmed al-Bashir.

In fact, the civil disorder was a well-coordinated plan for sometimes and executed by Sudanese professional associations. As a confirmation of such plans, it takes only two weeks from the start for Sudanese civil society organizations and the political oppositions to adopt what they called “Freedom and Change Declaration” calling on President Bashir and his government to step down and form a transitional government that can meet the aspirations of Sudanese people for peace, freedom and democratic transformation.

During the violent protest until last hours, there were three competing forces attempting to remove the NCP-led government by any means. First were the internal political movements led by the Islamists groups, followed by workers federation union represented by Sudanese professional associations and lastly the army. The arrest of President Bashir and other key political leaders and the subsequent announcement by Sudan’ First Vice President and Defence Minister General Ahmed Awad Ibn Ouf as head of military council to lead the transition for two years sparks cloud of doubts.

As a result, General Awad had to step down a day later and more or less neutral army officer General Abdel Fattah Abdelrahman Burhan took over. This is because the protestors did not only deny Awad’s continuity as head of the Transitional Military Council but rejected the entire transitional military rule even under General Abdel Fattah. The rejection is grounded on the legitimate question of whether the ousting of President Bashir is a coup or popular uprising. The correct answer will enable the Sudanese, regional, and the international community to provide correct diagnoses of the situation and provide appropriate political solutions particularly on who should form the government and run the state during the transitional period.

According to expression by the Sudan consortium, they believed that the public outcry grows out of deeper crises over the country for the past fifteen years in terms of regional conflicts, human rights violations and financial mismanagement”. The allegations of corrupt practice are furthermore confirmed by the Transparency International that ranked Sudan 175th out of 180 and reported that President Bashir and his cronies have likely embezzled up to US$ 9 billion from the oil sector. This alleged massive corruption is coupled with the government policy of introducing closed the economy which has contributed to the weakness of the state’s capacity to manage the economic crisis.

At the political level, the opposition alliance decries lack of equal representation in the government at all levels and unbalanced service delivery and infrastructural development. In June 1989 President Bashir and the Islamists’ movement came into power and Sudan shifted from multiparty democracy to a typical mirage state where kleptocrats entrenched themselves in power by use of the patrimonial system and maintaining the political marketplace by auctioning individual loyalties. It is because of these lucrative political-business tactics that the war is not ending in Sudan as various political or military actors individually negotiated their prices in and out of the government. It depends on who has the highest bid in exchange for loyalty.

In April 2019 after 30 years rule, the power of the people proved powerful than those in power and finally break the violent kleptocrats. Yet there remains a lot to be desired in the form of transition Sudan is undertaking now. It is however clear that Sudan is still at a crossroad of unfinished transition as the Sudanese professional associations are still holding their strong ground rejecting the newly formed transitional military council and this has been seemingly supported by the regional and international community. On Wednesday 10 April, the TROIKA countries of United States, United Kingdom and Norway issued a statement calling on the Sudanese authorities that “time has come for the Sudanese authorities to respond to these popular demands in a serious and credible way. They conclude that “the Sudanese people are demanding a transition to a political system that is inclusive and has greater legitimacy”. Similarly, on Thursday 11 April, the Chairperson of the African Union Commission H.E Moussa Faki said in a statement on Sudan that "the military take-over is not the appropriate response to the challenges facing Sudan and the aspirations of its people”. All these statements are streaming in because the ousting of President Bashir was a civilian-led uprising but ended up in the hands of military officials who are for one reason or another made a two-year transitional period to conduct general elections.

After a considerable explanation of the findings and causes of the violent protest herein, it’s evidently clear that the ousting of President Bashir is indeed a popular uprising and not a coup or military takeover as the international media is running the news. According to the Lomé Declaration of the year 2000 and the African Charter on Democracy, Elections, and Governance in Africa, all have strongly condemned any unconstitutional change of Government and commit member states to the respect of the rule of law, democratic principles and human rights. Therefore, the replacement procedures for the Office of the President and other top constitutional positions must be done in accordance with provisions of the constitution and the electoral laws.

In view of the ongoing developments in Sudan, one may conclude that Sudan shall never be the same again. The way Sudanese staged violent protest amid security fears was an indication of determination to change the style of governance in Khartoum. It’s therefore highly advisable that the military council accepts an inclusive political process with Sudanese political forces both internal and armed opposition movements of the SPLM-North, Justice and Equality Movement, Sudan Liberation Movement and the Beja Congress amongst others. Equally important to be included in the political process are Sudanese Professionals Associations and civil society organizations so that an inclusive transitional government is formed with a clear chart for a democratic transition.

Beny Gideon is South Sudan’s Human Rights Commissioner and this policy brief does not represent the position of any institution or government but solely the author. For comments, please reach him via benygmabor@gmail.com