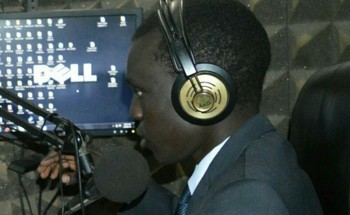 After armed conflict erupted in South Sudan in July 2016, one of the main issue of contention that led to the resumption of a full-scale war was the question of whether or not the replacement of Dr Riek Machar as First Vice President was valid (in line with the IGAD-brokered Agreement on the Resolution of the Conflict in South Sudan ARCSS.)

Though the question has not been satisfactorily answered by the relevant authorities up to date, the ongoing Igad-led ARCSS revitalization (Khartoum process) aimed at ending the South Sudan civil war should use the current chance and make clear provisions on the procedures for removal of post holders in the agreed transitional government which shall be formed under the revitalized ARCSS.

With regards to the positions of the President and the First Vice President, the Khartoum Agreement on Governance provides explicitly that Salva Kiir Mayardit shall continue as President of the Republic of South Sudan, while The Chairman of SPLM/A-IO Dr Riek Machar Teny shall assume the position of the First Vice President of the Republic of South Sudan respectively. The rest of the posts, including the four Vice Presidents and others, have been allocated to the parties to come up with their nominations for appointments based on the power-sharing ratios for each category they have agreed to in the Agreement.

The Agreement, however, is silent on replacements. What shall happen in case any of those posts fall vacant? People do get sick to the extent of becoming unable to perform their duties. People also die. In case a mental infirmity, physical incapacity or death happens (God forbid) during the transitional period, how shall a replacement be made? Or in case a party happens to lose confidence in their representative and seeks to replace him/her, what procedure shall such a party follow? Shall such a party have no opportunity to gain redress by replacing such a post holder serving under their ticket?

For example, Chapter One of the ARCSS being revitalized provided for procedures for replacements of the President and the First Vice President in Article 5.3 and 6.4 respectively. However, those procedures are inadequate and require improvements given the current changes in the composition of all the parties and the creation of new four vice presidents. Also, how the replacement to the president shall assume office (take an oath) has not been provided for and this should be rectified. Provisions on the replacements of the newly created four Vice Presidents, State Governors and others should also be explicitly stipulated in the Agreement.

Further, during the transitional period, shall a party be able to replace a person serving in the legislature under their ticket? On what grounds? How shall the independence of the legislature be guaranteed when a legislature can be replaced (recalled) through a decision of party that is not necessarily democratic in itself? Shall all legislators in the transitional government of the revitalized ARCSS serve and only be replaced through their voluntary resignation or in case of mental infirmity, physical incapacity or death (God forbid)?

The Khartoum Agreement (revitalized ARCSS) should be explicit on these matters to ensure its smooth implementation and avoid disagreements and an armed conflict over replacements during the transitional period.

Last month, in one of my articles, I made suggestions, if adopted, shall also protect the revitalized ARCSS from abuse and violations by one party, a faction of a party or any conspirator (s) seeking to frustrate implementation of the reforms provided for in the revitalized ARCSS.

The internal Constitutions or rules and regulations should be separate documents that the mediation (Igad) should on the technical aspect assist the parties to develop as soon as possible for the purposes of protecting the revitalized ARCSS from violations. The documents should be separate documents that shall be valid for the purposes of the revitalized ARCSS regardless of any possibility such as the expected reunification of the SPLM, in case there are concerns from the SPLM factions expecting to reunite. The internal Constitutions or rules and regulations should as well attach names of members in decision-making positions (organs) within each party/entity and alliance, and define the organs/structures of each party.

In conclusion, all the above are easy for the rest of the parties to achieve. However, as per the last Igad Revised Bridging Proposal, the incumbent Transitional Government TGoNU participating in the Talks comprises of: the former GRSS; the former SPLM/A-IO (led by Gen. Taban Deng); and the Other Political Parties in TGoNU. Given their composition, it may be difficult but not impossible for them to come up with the above significant document (internal Constitution or rules and regulations) for the purposes of the implementation of the revitalized ARCSS.

So, let each party or entity, including the incumbent TGoNU, develop, adopt and deposit their internal Constitution or rules and regulations (on matters of the revitalized ARCSS) with JMEC and IGAD. Those are very significant in ensuring accountability and adherence with the revitalized ARCSS and as well as avoid a return to an armed conflict or a possible pulling out by some parties/entities from the revitalized ARCSS during the transitional period over related issues, a move if happens to take place, shall negatively affect implementation of the reforms provided for in the ARCSS.

The author, Roger Alfred Yoron Modi, a South Sudanese journalist, is the former Managing Editor of Juba Monitor Newspaper and former Chief Editor of Bakhita Radio. He can be reached via his email: rogeryoron@gmail.com