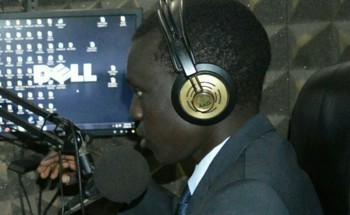 The last week initialled Revitalised-Agreement on the Resolution of the Conflict in South Sudan R-ARCSS has enshrined several legal and institutional reforms to be undertaken but failed short of providing for the improvement of the media sector in the young nation.

Two media laws: The Media Authority Act, 2013; and The Right of Access to Information Act, 2013 badly need reforms to ensure that the ought to be autonomous media regulatory body aka Media Authority, and the information commission operate independent of the executive arm of the government and ensure adherence to democratic principles, human rights law and international best practices.

Media Authority is established, according to the Act, for the regulation, development and promotion of an independent and professional media in South Sudan.

On the other hand, the Right of Access to Information Act explicitly recognizes the constitutional right of citizens to access information held by public or private bodies as fundamental to fulfillment of human rights and fighting corruption and the Act establishes the office on the Information Commissioner with the mandate to, amongst others, promote maximum discloser of information in the public interest.

However, a number of reforms are still needed in both the Media Authority Act and the Right of Access to Information Act for the bodies established thereunder to be able to live up to the expectations. Some of the members serving in those bodies may have good intentions but they are tied down due to several factors originating from the provisions of the Acts.

Some of the Reforms required

The reforms needed include, but not limited to, reforming the appointment procedures of members of the media bodies established by those Acts and giving them security of tenure since the president, instead of the legislature, currently holds the powers to remove them.

The Human Rights Organization Article 19 once observed that “the Media Authority will not be independent of the government for a number of reasons.

·         The Media Authority budget shall depend on government approval and it may accept grants from the government, thereby opening a door for undue influence.

On the Right of Access to Information Act, Article 19 further recommended that:

Removal of the Information Commissioner from office should only be premised on serious violations of the constitution, gross misconduct, physical or mental incapacity to perform the functions of office, incompetence or bankruptcy. The Assembly must initiate and oversee any removal process.”

Section 5 of The Media Authority Act which criminalizes defamation instead of providing for it a civil offence also needs to be repealed.

With regards to the criminalization of defamation, this February, the Human Rights Division (HRD) of the United Nations Mission in South Sudan (UNMISS) and the Office of the United Nations High Commissioner for Human Rights (OHCHR) in a joint report on The Right To Freedom of Opinion and Expression in South Sudan since the July 2016 crisis, wrote:

“As the present report shows, the restrictive domestic legal framework, which criminalizes defamation and does not clearly define the clauses limiting the exercise of freedom of expression, leaves a wide margin of interpretation which might lead to arbitrary implementation. As media outlets and civil society play a key role in promoting good governance and accountability, journalists and outspoken civil society actors have been especially targeted with censorship, harassment, threats and violence. As a result, citizens fear criminal prosecution for expressing their views or are concerned about their safety, and tend to practise self-censorship.”

As of April 24 2018, The Media Authority publicized media houses and entities that are “legally” registered and “authorized” nine newspapers and magazines to operate.

Such actions clearly violate Section 13 (i) of the Media Authority Act which provides that “…there shall be no licensing or registration of newspapers, news agencies, magazines and periodicals or other printed media, or of websites or sources of content on the Internet, other than that required by law for any business seeking to engage in a commercial or non-profit activity…”

As I argued in one of my articles recently, the Media Authority has no powers to register newspapers, news agencies, magazines. The registration in the Act required “by law for any business seeking to engage in a commercial or non-profit activity” is not the competence of the Media Authority as that falls under the Ministry of Justice at the moment and such registrations are purely for those mentioned purposes and nothing to do with professionalism/media ethics and the Media Authority per se.

Also last year, The Media Authority “banned” about twenty foreign journalists from entering or operating within South Sudan for reporting what it termed “unsubstantiated and unrealistic stories.”

In reaching this decision, the Media Authority cited no law and no transparent, verifiable, justified procedure.

Article 1 (18) (1) of the R-ARCSS provides for reforms and reconstitution of The South Sudan Broadcasting Corporation SSBC “…paying particular attention to the mandate and appointments, to ensure their [the SSBC’s] independence and accountability.”

However, instead of providing for those reforms and reconstitution to be done by the legislature by amending the SSBC Act, 2013, the R-ARCSS, just like the ARCSS, provides that the reforms be shall be done by the executive.

According to Section 32 of the SSBC Act, the Media Authority shall monitor the SSBC.

“Limited” mandate of the Peace Process is not a justification

Indeed the ongoing peace process (High-Level Revitalization Forum) is not new per se since it is the revitalization of the 2015 Agreement on the Resolution of the Conflict ARCSS which has faced serious implementation challenges since the resumption of armed conflict in July 2016.

Responding to the new armed conflict and circumstances that emerged in South Sudan, the IGAD Assembly of Heads of State and Government in a Communiqué on 12, June 2017 mandated the IGAD Council of Ministers to “urgently convene a High Level Revitalization Forum (HLRF) of the parties to the ARCSS including estranged groups to discuss concrete measures, to restore permanent ceasefire, to full implementation of the Peace Agreement and to develop a revised and realistic timeline and implementation schedule towards democratic election at the end of the Transition Period.”

However, since the government and the opposition have been able to so far agree on certain matters such as providing for establishment of a Constitutional Court which, though a good move, is new to the ARCSS and not explicitly provided for in the HLRF mandate, it is not a justification for them to cite “a limited” mandate of the HLRF for not making provisions in the initialed R-ARCSS for reforms of the media laws in the Country: The Media Authority Act, 2013; and The Right of Access to Information Act, 2013 to ensure that the ought to be autonomous Media Authority, and the information commission operate independent of the executive arm of the government and ensure adherence with democratic principles, human rights law and international best practices.

Since the final R-ARCSS is yet to be finalized and signed, it is high time that the civil society and parties participating in the HLRF struggle to ensure that The Media Authority Act, 2013; and The Right of Access to Information Act, 2013 are included in the R-ARCSS as some of the legislation to be reformed.

Without a vibrant media sector, it shall not be possible to ensure full implementation of the Peace Agreement (R-ARCSS).

In conclusion, I would like to agree with the deputy chair of the ARCSS Joint Monitoring and Evaluation Commission, Amb Gen. Augostino Njoroge who last year while calling for the protection of fundamental principles of press freedom and an end of the crackdown on journalists in South Sudan said, “The media, in South Sudan, like it is globally can offer a platform for various voices that seek to promote tolerance, dialogue, cohesion and compromise. This will ensure an all-inclusive national healing and dialogue and also shape the development agenda of the country.”

Also, as aptly observed by the UN Plan of Action on the Safety of Journalists and the Issue of Impunity, “A silenced journalist mutes the voices of the people and curbs their right to know. The result is a society where fearful citizens resort to self-censorship and where it is not possible to make informed decisions.”

The time to act for South Sudan media sector reform is now and it is all possible.

The author, Roger Alfred Yoron Modi, a South Sudanese journalist, is the former Managing Editor of Juba Monitor Newspaper and former Chief Editor of Bakhita Radio. He can be reached via his email: rogeryoron@gmail.com or his Twitter handle @YoronModi