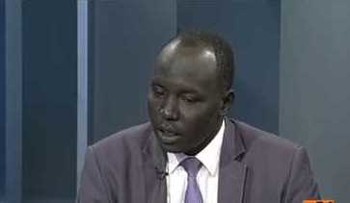 Second, inter-party dialogue on institutional reforms, system of governance and fundamental freedoms in multi-party democracy and finally inter-communal dialogue to spell out about underlying causes of communal conflicts and ways to address these issues beforehand. The government and the international community should provide security to enable them freely and friendly express their grievances and propose solutions. For the inter-party dialogue, all political forces should come together and choose from amongst South Sudanese eminent personalities or such persons from outside South Sudan to lead facilitation with honest view to come out with clear chart of political consensus.

South Sudan is a country born out of many accumulated grievances over years that the leaders and citizens themselves did not find time to sit down and dialogue.  As noted in the book on reconciliation, healing and peace in South Sudan by Bishop Rt Rev. Dr.Eduardo Hiiboro of Catholic Diocese of Yambio-Tombura, he said "if we don't meet, if we don’t sit around a table to open our hearts and discuss matters and admit that we are all responsible for the wrong we've done, there will be no way out, no hope for the future, no future justice, no future peace”[4]. Indeed, the idea for a national dialogue in South Sudan have been discussed and explored for a long time under different names at different times, over the course of many years. In summary, the religious groups were amongst the first to talk about holding national dialogue in their understanding and context, while the think-tanks and civil society organizations also talk of national dialogue, however, all aimed to heal unresolved grievances and untold sufferings in the country.

As an independent country, South Sudan was supposed to undergo national dialogue at earlier period, but unfortunately slip into another war in mid-December 2013 that is currently dismantling socio-economic and political fabric. In the peace agreement signed later in August, 2015, the call for national dialogue was taken care. The peace agreement provided components of transitional justice mechanisms on the truth telling about what happened during the war, the reconciliation and healing process; the hybrid court for serious criminal offences and reparation of victims of armed conflict. These are important processes that are inextricably linked to the success of national dialogue, largely individual or collective or grassroots-based in nature. Despite these good attempts, the concerns raised so far is how can the transitional justice components feed into the national dialogue be decreed by a single authority like the President given the lowest level of trust amongst South Sudanese society.

On 14 December 2016 President Salva Kiir  Mayardit,  announced the national dialogue  that  his  government  is  going to invite  all South  Sudanese to hold a national  dialogue. In the concept note, President Salva underlined issues including raging conflict and political violence, humanitarian crisis, questions of governance, and  the  politics  of  unity  or  exclusion,  the  economy,  poverty  and  the widening  economic  disparities between  elite  and  the citizens[5].  Prior to this announcement, other stakeholders have already proposed scope and themes for discussion in the national dialogue some of which are similar with government national dialogue while others differed. So far, the Ebony Centre for Strategic Studies amongst others recommended four issues to consider: citizenry, development, democracy, and leadership[6].

At the generic of state and nation building, citizenry is the foundation of a functional nation-state. The mechanism for the process of internalization is the social contract between the state and its citizens. The government of South Sudan at all levels signed a social contract with the people of South Sudan in the following terms: The offer made by the people are to vote the public officials into office, defend the sovereignty of the State from both internal and external threats and aggressions; while consideration in return by the government is the provision of basic services, security and safety of citizens’ lives, properties and their territory.  According to John Locke theory of social contract, he said “if the government failed or refused to discharge its duties, it must then be made clear that it is the very government that have rebelled against the citizens and therefore the citizens have right to remove such government by elections or other means that violates its social contractual obligations.

Why holding national dialogue? In principle, there are various reasons in both scope and application to conduct national dialogue: some aimed to resolve specific rights or tensions and to redirect the public discourse in a more constructive way. Others seek to building consensus around a new system of governance while other national dialogue can held to develop sectoral policies to convert previously agreed priorities and principles into action on the ground such as education, water, health, economic growth and development amongst others. So where do South Sudan fall in these categories of dialogue? I think South Sudan national dialogue is concerns with all these requirements and therefore a cross-cutting theme is a way forward.

The primary objectives of the national dialogue in the understanding of different stakeholders including civil society and religious groups amongst others is to act as an instrument to resolve political crises and pave the way for political transitions and sustainable peace and development. Above all, there is consensus that political dysfunctionality is reason that has undermined national security and economic development. Therefore, the agenda will have to be wide-ranging to tackle six common problems ailing South Sudanese State which have been observed across the board for many years without political will to address them. In this regard, the Ebony Centre for Strategic studies and some individuals academic proposes the following topic to be discussed at the national dialogue: a) reconstructing the South Sudanese State (i.e. call for a federated system of governance); b) a new social contract between the State and citizenry) post-conflict repatriation, relief, resettlement, rehabilitation, and reconstruction (5Rs Program; c) the role of the military in politics; d) transitional government of national unity ; and e) justice, truth and reconciliation process. However, the list is open and any suitable agenda can be added to comprehensively address the problem of leadership and governance.

Participants of the National Dialogue

The challenge facing the national dialogue is the balance of inclusivity so that it can produce locally generated and acceptable outcomes. However, such dialogue must take into consideration all sectors of society in order to avoid repetition of previous historical mistakes. For example, this dialogue must learn from the mistakes of Juba Conference of June 1947 as well as the SPLM first National Convention of April 1994 where some sectors of South Sudanese were not represented.

Another contentious issue is the venue of the national conference. others are afraid that it should be held outside South Sudan while majority argued it can be done inside South Sudan, though not necessarily in Juba. For those who supported holding it in South Sudan, opinions suggested that Rumbek or Torit would be right place in the light of their historical relevance to the national liberation processes and Rumbek in particular was last place where successful national dialogue was held in November 2004 during the SPLA/M[8] Senior Officers conference where serious differences within the rank and files of the SPLA/M revolutionary movement and more specific the fallout between  the then chairman Dr. John Garang and his deputy Salva Kiir Mayardit at the time were resolved.

This political process can be done in a neutral country agreed by all parties to bring all warring parties on board under than one umbrella so that the government and such joint opposition forces work out to resuscitate the peace agreement and further workout guidelines for national dialogue. It is therefore important in that political process for all stakeholders to deﬁne the speciﬁc mandate and goals of national dialogue to help safeguard the peace agreement and prevent its manipulation by any party.

Beny Gideon Mabor is an attorney and South Sudan Human Rights Commissioner. He holds Law Degree from the University of Juba and a Post-graduate Diploma in Legal Practice at the Institute of Legal Practice and Development ILPD in the Republic of Rwanda. He is a member of South Sudan Bar Association, South Sudan Law Society and Pan African Lawyers Union amongst others. His research interests are areas of politics and governance, human rights, and transitional justice. He is reachable via: benygmabor@gmail.com.

[1] Mabor, Beny Gideon (2013) Lack of national identity is a cry of the owl for South Sudan

[2] Concept note of the Church Leaders Mediation Initiative, CLMI, on the national dialogue

[4]A prologue of the book on reconciliation, healing an peace in South Sudan by Bishop Eduardo Hiiboro Dr Kussala of Catholic Diocese of Yambio-Tomura

[5] Speech of President Salva Kiir to the Transitional  National Legislature  on 14 December, 2016