Opinion: South Sudan mediation in the Sudanese conflict is a positive move 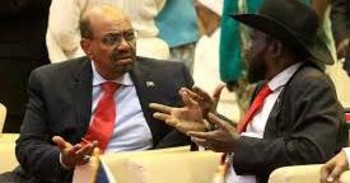 As a gesture of goodwill, President Kiir decided to take the initiative to mediate between the warring parties in Sudan specially the two areas as they were being referred to in the CPA.

It is commendable but the question that remains to be asked is, will it succeed? The answer is yes, it will.

I am personally optimistic because of their previous comradeship and trust that stood the test of time.

How different will this mediation be from the one led by the High Panel under President Thabo Mbeki? I didn't well know whether President Thabo just failed his duties, let down by the warring parties or had his neutral stance and integrity compromised by the material wealth of this world. Millions of dollars have been spent with no tangible result seen in his mediation. Even the split within SPLM/A -N came as a result of frustration. The initiative of mediation by the President will reunite them.

President Kiir wants to pay back President Bashir for the deal he successfully helped struck between the government of South Sudan and the opposition which he achieved in two months.

Addis, Entebbe and Nairobi gave up with our intransigence in addition to the fact that some regional leaders are said to have taken sides in the conflict.

Back to the point, what modus operandi will General Kiir use to convince the Sudanese rebels to accept his call for ending the war with the government of Sudan? Definitely, he was their commander and he knows their personalities. He is respected by them all.

Sudan was able to bring the warring groups in South Sudan to the roundtable in Khartoum and they reached a security deal in one week. It was great. President Bashir is an influential character, an orator and was once the President of the whole Sudan before the secession. He knows our mindsets. He prefers to call South Sudanese  in Sudan"displaced" and he went on to justify this by saying we are one people in two countries.

I am of the view that President Kiir wants to use the same influence to convince his former subordinates to reach a pact with the government through equitable sharing of wealth and power. When you choose to assume the role of the mediator, you will need to avail enough resources to meet the demands during the negotiation.

I have no doubt to say that the President has the ability to solve the conflict in Sudan. We cannot be at peace when our neighbour's house is burning.We should do everything to help extinguish the fire.

Peace has come. The delayed salaries and absent services will be a thing of the past. The money for the retreat abroad by the big fishes in the government will not any longer be there.

The money misappropriated by the big fishes to fly in haste to Nairobi or Kampala to have their blood pressure checked and blood film for malaria done will be used to buy medical equipment and essential drugs. We have many medical professionals to do the job in Juba Teaching Hospital. People will go to Kampala or Nairobi for fun but not to be treated for typhoid fever, malaria or high blood pressure.

Gross corruption which brought the friction between the President and his former comrades will be dealt with by law this time.

Those who only invest in themselves and their kids at our expense will not continue to misbehave with impunity.

The author can be reached via email palcholnyan2016@gmail.com