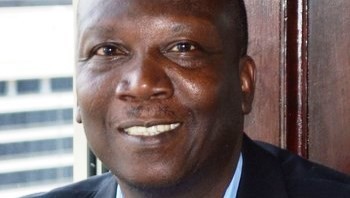 “…For to be free is not merely to cast off one’s chains, but to live in a way that respects and enhances the freedom of others.”- Nelson Mandela

There is no doubt that a genuine quest for sustainable peace depends on prioritizing effective and inclusive security arrangements. It also entails political elites’ willingness for demilitarizing ethnic militias and eliminating their manipulation as a bargaining tool for political settlements.

Further, the idea of having several nationalities who are willing to live together does not necessarily lead to a successful functional nation-state. Instead, nation-building process would require effective leadership, compromise, tolerance and accommodations in all aspects of sociopolitical and economic domains. Forcing diverse ethnic groups to live under oppression or imposing domination of one upon others will only lead to more violence and fragmentation.

In this discourse, security arrangements and further transformation of the security sectors are crucial in building trust and creating safe space for settling political grievances and for creation of an environment conducive for social and economic development. South Sudan is in dire need of professional, yet, inclusive organized forces with no loyalty to political elites, regional grouping or their ethnic communities. Most importantly, such organized security forces must be trusted by people regardless of their ethnic background, religious or regional affiliation, or political beliefs. Moreover, the country requires an organized national security organ that would effectively enforce laws, stop revenge attacks and secure state borders from cattle theft and intercommunal disputes without being perceived as ethnically biased.

At this juncture, it no longer matters who is in the right side of history, has the best political capital or the best national and human resources to win the war, because the country is at the verge of social, cultural, moral and political decay. For example, most of the traditionally peaceful ethnic communities are now armed to their teeth and are ready to defend themselves. One ethnic group is still overrepresented in the SPLM government in Juba and is fighting to maintain power and access to national resources. They are insisting on leading the nation with a sociopolitical and cultural paradigm spearheaded by the Jeing Council of Elders (JCE).

As the current volatile ethnocentric system has further fueled armed political resistance based on ethnopolitical grievances, minority groups within the former three regions of Equatoria, Bahr el Ghazal and Upper Nile continue to be seriously abused and displaced. It is estimated that over 400,000 people have died in these regions, exceeding the total number those killed in the Syrian war. About 7.1 million citizens require basic provisions and humanitarian assistance, 2 million have been internally displaced, and 2.2 million are currently refugees in neighboring countries. These issues, coupled with grave human rights abuses fueled by targeted ethnic violence and land grabbing, have rendered citizens hostage to the regime and its security apparatus. As a result, the only tangible peace dividend that South Sudanese would enjoy is an implementation of a grantee security arrangement that would enable victims to leave protection sites and refugees camps for their communities. Implementation of an effective security arrangement would also allow the majority of South Sudanese who are traditionally farmers to produce food and support their families. Besides, meaningful security arrangement is a crucial part of the peace dividend that would allow children to return to the classrooms and dream about a better future.

A comprehensive security framework should also permanently address relationships between the state (the executive) and national army, whereby the traditional attachment of the national army to the ethnopolitical elites would be abolished. In theory, this would shift the powers of ethnic elites from total dependency on the ethnic army and unknown gunmen to a more civil and peaceful political space grounded in peoples’ power and mandates. Practically, the discourse on security arrangements must be extended to include other opposition groups that have thus far had reservations about the revitalized peace agreements. Above all, the country’s fragility can no longer bears wars, violence and the extreme social divide if considerations for nation-building still need to be realized in South Sudan.

The ethnopolitical elites need to approach a call for the implementation of security arrangements as a tool for socio-economic and political development in the country, rather than as a mechanism for protection of political elites. Indeed, it is understood that this would remove the power of oppression and political monopoly over poor masses in the country. However, the new approach will enable leaders to peacefully persuade citizens to implement their political agenda without resorting to ethnic politics. Finally, these ethnic elites and the warring parties should understand that they have already failed the nation socially, politically and economically. They have been unable for over twenty years to deliver the promise of ending the brutal war against the regime in Khartoum. Further, they have purposely stalled the nation-building process, and have hindered peaceful coexistence among different nationalities and establishment of an inclusive system of governance in the new country.

In short, South Sudanese would not enjoy any meaningful peace dividends without a proper establishment of effective, inclusive and sustainable national security measures. The priority should be placed on the implementation of security arrangements, not on government formation, the number of vice presidencies or division of ministerial posts. The country needs to be rescued from collapse in order to engage in a renewed inclusive nation-building project. Therefore, alternative ways of preventing a return to violence and upholding the already weakened peace initiative must be urgently explored, as this may save lives. In addition, the warring parties should not treat the deadline for the formation of the Transitional Government of National Unity as the reason for returning to war, but rather as an opportunity to seek an alternative approach to resolve misunderstandings and discuss effective means for conflict resolution and mechanism of power sharing. Indeed, the implementation of security arrangements is more than a political settlement; it is a moral and ethical obligation with limitless sociopolitical and economic incentives.

The author Kon K Madut is Part-time Professor with the University of Ottawa and a Civil Servant with the City of Ottawa municipal government. He can be reached at kmadut@uottawa.ca